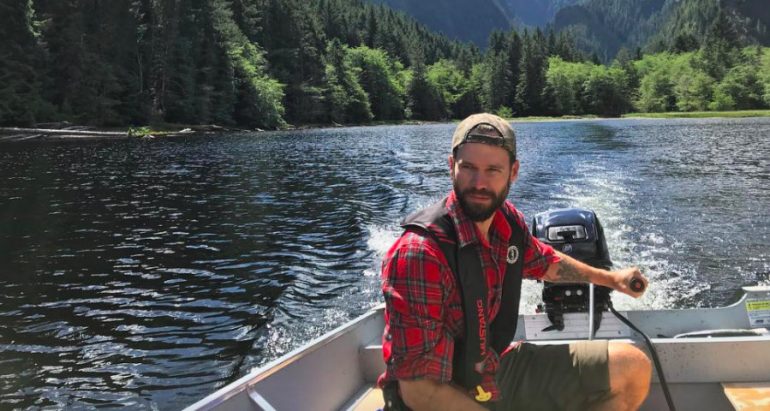 Chad Brownlee: Top 3 Sights to See in BC

This country we call home is full of breathtaking sights. From coast to coast, there are endless places to discover. To celebrate the beauty of the great white north, we asked Canadian country star, Chad Brownlee, to share his top 3 sights everyone should see in British Columbia. The BC-native sure knows the perfect spots to unwind and connect with nature. Get ready to plan your next adventure…

Chad Brownlee: Top 3 BC Sights You Need To See

1. The West Side of Vancouver Island

“Ucluelet, Tofino…it’s just a different world. I mean the size of the trees that are over there…they’re just ancient.”

“It’s a bit of a journey to get there, if you’re going by ferry it takes about seven hours but that’s another level of wilderness. It’s almost like one of the last frontiers.”

Since I was a kid the wilderness has always called me. It’s the place I go to reflect, recharge, and find inspiration. Haida Gwaii has been one of the more spiritual places I’ve visited. The perfect sanctuary to hit that restart button in this year of transition and change. Albeit in the most beautiful way imaginable. I’ve got so much to share with all of you that have been so amazing to me on this journey of mine…

“I gotta plug my home area of Sunshine Coast. Once you get off that ferry, it just feels like you step into another dimension. Things slow down, I like the slow pace of life…I do a lot of camping up in the Powell River area. There’s a ton of great lakes that you’ve got to drive on a dirt road to get to. I like the ones that are hard to get to, it means it’s nice and quiet and the fishing is probably good.”

If you haven’t already heard, Chad Brownlee just released a new EP, “Back In The Game”. After three years since his previous record, as well as moving to a new label and management team, Chad Brownlee is certainly back in the game. We chatted with Chad about the EP and upcoming tour with Dean Brody and Dallas Smith.

“I feel like everything…sonically, musically, and even the songwriting…has just amplified and reached another level for me… I had three years between records so there was a lot of life lived and a lot of inspiration to put into songs and I think it really does come through on this record.”

Chad Brownlee touched on the diversity of songs on the EP, saying each one has its place.

“There’s one song on there that I wrote by myself [This Old Guitar] that’s really honest and vulnerable and another song that [has] a fun summer vibe that’s hopefully going to make people feel good.”

Be sure to catch Chad Brownlee as he and Mackenzie Porter join Dean Brody & Dallas Smith on the Friends Don’t Let Friends Tour Alone Tour, happening this fall. According to Chad, we can certainly expect there to be pranks, especially from Dallas Smith.

“I’ve known Dallas & Dean [and their bands for a long time], they’ve really become good friends of mine. I’ve gotten to know Mackenzie [Porter] over the past year and she’s absolutely fantastic, such a talented gal. The title of the tour really says it all, Friends Don’t Let Friends Tour Alone and I know the friendships will just get even stronger by the end of it.