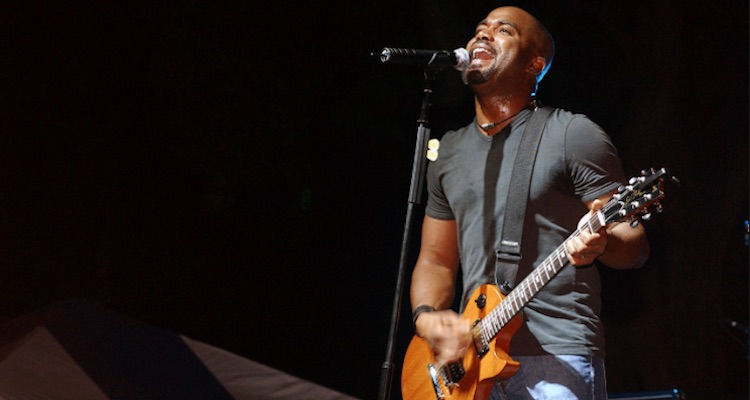 Country artists that used to be in other genres

It might be hard to picture some of your favourite country artists singing a rock song or a pop song, but believe it or not, not every country star got their start singing about dirt roads and pickup trucks. In fact, quite a few country artists actually migrated over from other genres.

Of course, we are so happy that these artists decided to eventually stick with country music, but we can’t help but wonder what they sounded like before. To quench your curiosity, we’ve rounded up 3 country artists that used to be other genres. Take a listen to some of their old songs below. You might be shocked at what you hear.

Before Dallas Smith was being nominated for Country Album of the Year at the Juno Awards, he was actually the lead vocalist for the alternative rock band, Default. Default formed in 1999, after being discovered by Chad Kroeger, the lead singer of Nickelback. Throughout their time together they released four albums and sold more than a million records. Their fanbase was mainly in Canada, until they released the single “Wasting My Time”, which helped them gain popularity in the United States as well. The band split up in 2003 after releasing their fourth and final album.

Since 2014, Dan Davidson has been pursuing a solo career in country music, but before that he was best known as the guitarist and lead vocalist for the rock band, Tupelo Honey. Tupelo Honey formed in 2003 and released three EPs and a LP record. They toured and opened for numerous successful acts including, Bon Jovi, Bif Naked, Three Days Grace, Billy Talent, Sam Roberts and fellow country singer Dallas Smith’s former band, Default.

It might be hard to believe that country superstar Darius Rucker has also used his talents to dabble in pop, rock and R&B. His claim to fame however, was as the frontman and rhythm guitarist for popular rock band, Hootie & the Blowfish. Hootie & the Blowfish were formed in 1986 and charted 16 singles across five studio albums. Their debut album, Cracked Rear View, which was released in 1994 is the 14th best-selling album of all time in the United States. Together they have sold over 21 million albums in the U.S. alone, and also gained immense popularity throughout Canada. In 2001, Rucker made a solo R&B album, but it was never released by the label. In 2002, a different label acquired the rights and released it under the name, Back to Then. That was the only time he dabbled in R&B, and up next was country. In 2008, Rucker decided to pursue a career in country music. It was a good year for Rucker as it was the same year he made his Grand Ole Opry debut, as well as released his first single, “Don’t Think I Don’t Think About It”, which eventually reached number one on the charts, making Rucker the first solo, African-American artist to chart a number one country hit since 1983. He’s had numerous successes in the country music field ever since.