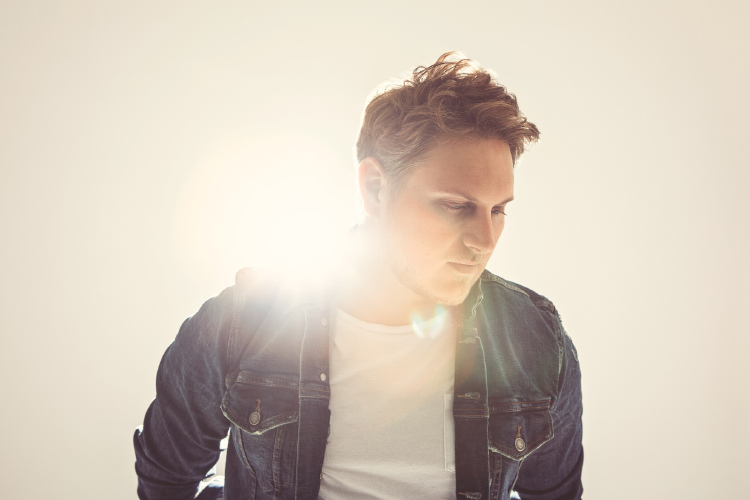 Multiple CCMA, SOCAN and CMAO Award winner, Jason Blaine recently released his new single ‘Drink Too Much’. This catchy new single features Blaine’s signature vocals and encourages you to let your hair down and embrace your wild side.
Speaking about wild side, Top Country had the chance to ask Jason a few questions about ‘Drink Too Much’ and boy did he give us a great story! And don’t worry, he’s still in our good books. Check out his latest music and Q&A below.

Top 5 Fun Facts about ‘Drink Too Much’…

Hmm…..Not sure I have Top 5! But let me try!
Drink Too Much was actually a song that was pitched to me this past year. When it came time to start choosing songs to cut, I realized I actually didn’t have anything like it. I had been writing so many deep songs, emotional songs, lovey-songs, that when I first heard it, I thought, YES! This is just fun! It’s also lyrically exactly how my wife & I both get to feeling sometimes. Juggling careers and our four kids, sometimes we just need to take a night to call a sitter and hit the town with some friends and yes, maybe Drink Too Much! Anyone know what I mean?! My favorite lyric is

don’t ya kinda miss that tipsy-kiss and whiskey smile, girl you know it’ been a while”.

Share one or more drinking confession stories… Or your favourite events to let loose at?

I don’t remember. Ha! Just kidding! I have a few “Drink Too Much” confession stories.

I think it was 2017 at a CCMA after party hosted my ole Music Publishing  (now Anthem Entertainment). That after party is always pretty fun and notorious for it’s open bar and everyone letting loose a little. I remember early in the night, Lindsay Ell asking me to jam some John Mayer with her and we played a few other songs too but at some point I ended up back on stage rocking out with Clayton Bellamy, wearing his hat and tossing my suit jacket into the crowd. I think I also sang Callin’ Baton Rouge with Brett Kissel! I had a few friends texted me some incriminating video the next morning.

What is your best remedy for someone who drank too much?

Water. Lots and lots of water. Some Advil and a good, greasy breakfast!

What are you looking most forward to in 2020?

At the root of it all, Jason Blaine was born to sing, write and entertain. His love for country music has taken him to the forefront of the Canadian music scene where he has remained for over a decade. With over 12 Top 10 singles in Canada including hits such as “Country Side” and “Friends of Mine”, he has also become a craftsmen of hits for other people including Chris Jansen, Parmalee, Petric and Madeline Merlo and others.

Originally from Pembroke, Ontario, Blaine moved to Nashville in the fall of 2006 with his wife Amy and their three-month-old baby girl. He burst onto the scene in a big way in 2007 with his first #1 hit single “Rock In My Boot” which led to multiple CCMA nominations and paved the way for a string of hit singles and major festival appearances across the country.

Perhaps the biggest game changer came in 2012 when he released the biographical “They Don’t Make ‘Em Like That Anymore”, which was written for his grandfather. The song was one of his biggest hits connecting with fans of all generations and eventually went on to win CCMA Single of the Year that same year.

In between releasing hit songs and co-headling tours with Tebey, Chad Brownlee and Deric Ruttan, Blaine also found time to start up his annual Jason Blaine Celebrity Charity Golf Classic. Over the past five years, fellow artists and hockey legends ranging from Dallas Smith, Tim Hicks, and Gord Bamford, to Doug Gilmour and Bryan Murray have all contributed to helping raise over $500,000 for various hometown charities in Pembroke.