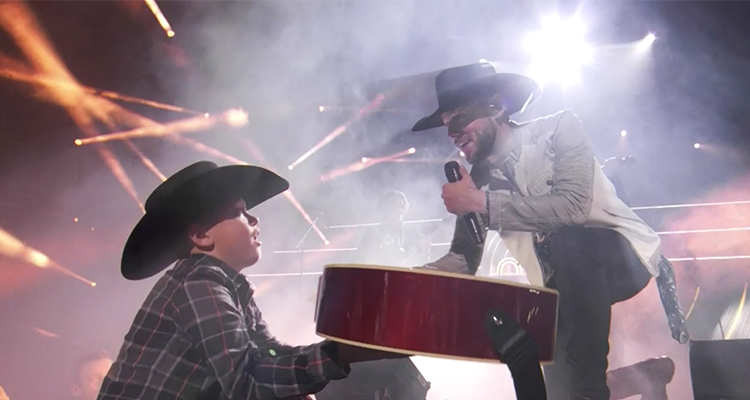 Top 5 places to see a country concert in Canada

We might be known for poutine, Beavertails and freezing winters, but Canada has a lot more to offer than what’s on the surface. For instance, Canada has one of the best country music scenes in the world. And before any non-Canadian accuses me of being heavily biased, let me ask you this – did your country give birth to the best-selling female artist in country music history? Didn’t think so.

But even without pulling the Shania card, Canada has got some serious top notch talent. Neil Young, Dean Brody, Tim Hicks, Doc Walker, The Wilkinsons, Lindi Ortega, and the list goes on and on. And of course, who could forget Stompin’ Tom Connors, for without him we would never have had The Hockey Song, which I can guarantee has been played at every single NHL game since then.

Again, my bias is showing, but Saskatchewan is country through and through. Not only is it home to the city of Craven, where the annual Country Thunder music festival (formerly known as Craven Country Jamboree) is held, the 2018 lineup including Luke Bryan, Dierks Bentley, Big & Rich, Dean Brody, Chris Young and so many more. But it’s also home to Saskatoon, the province’s largest city, which hosts many huge country concerts every single year. This year the Canadian Country Music Awards were held in Saskatoon, solidifying it’s spot as a top country music destination.

In 2018 Luke Bryan will also be headlining another huge country event – the Calgary Stampede. The Calgary stampede is an annual rodeo that features 10 full days of rodeo clowns, cowboys and country music among other events and attractions. Calgary is also home to the Saddledome, an indoor arena that has seen many country stars walk across it’s stage.

Vancouver has the highest population in western Canada and for that reason alone it is guaranteed to get some of the best stadium country shows. Not to mention that Canadian country superstar Aaron Pritchett hails from Vancouver.

Besides giving the world country superstar Stompin’ Tom Connors, Prince Edward Island is home to a very rural farming community. Because of this, along with the province’s Celtic roots, country music was adopted in the 1930s and has been big on the island ever since. Celtic music and country music have many similarities making it an easy adoption. Today, you can visit many local pubs and taverns in Charlottetown, the province’s capital, and catch a folk or country show. There’s a spotlight on musicians, which means that you’ll be in for a treat as you watch guitar players and fiddle players light up the stage.

Another province heavily influenced by Celtic music and Scottish influences. Because of this influence, the fiddle became a very popular instrument throughout many provinces in Canada. Cape Breton fiddling is a regional violin style that is often associated with step dancing and square dancing. If you’re looking for a truly traditional country concert, Cape Breton is chock full of local talent and traditional country roots. While you’re visiting be sure to make a stop at the Sydney Waterfront to see the world’s largest fiddle (and bow).