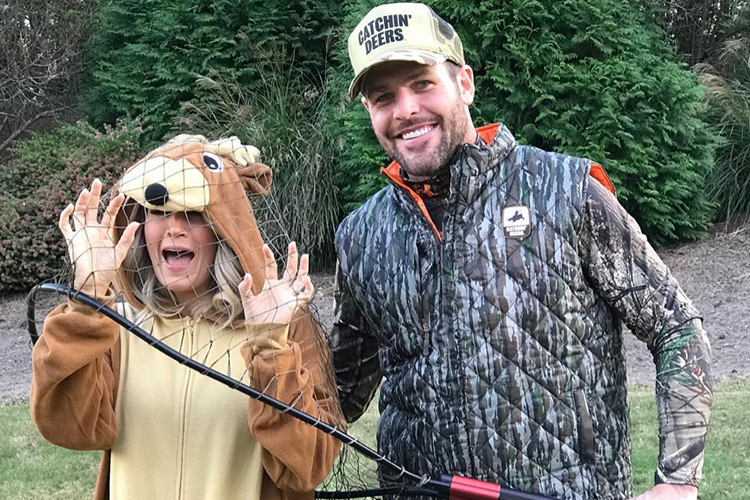 Halloween is just around the corner. Are you still trying to figure out a Halloween costume? Get inspired by Top Country’s 15 best Halloween costumes by country stars. From near and far, country artists bring out their A-game for Halloween and we are impressed. Check them out.

It doesn’t get much cuter than the Kissel family dressed as the cast of The Little Mermaid. Blow your friends away and dress up the whole family, even the dog!

Lindsay Ell took #2 & #3 spot cause she killed it with her take on Britney Spears and Gwen Stefani. Rummage through your closet and knock off one of these amazing looks.

Jessica Moskaluke and hubby committed head to toe dressing up as Gritty NHL, the Philadelphia Flyers official mascot. A team mascot is a fun costume for sports going fans.

If you’re lucky enough to know skateboarder Taylor Mabbott, you’ll look as good as Dallas Smith for Halloween. This half skeleton face is the epitome of Halloween artistry, and a great way to explore your creative side.

Fans must have been pumped last Halloween to see Thomas Rhett Akins band and Brett Young come out as The Teenage Mutant Ninja Turtles. A gnarly group idea for all ages!

Unfortunately for Nicole Kidman, a sneaky ninja by the name of Keith Urban swiped all of her candy. I think we’d all forgive him for that!

The only deer Mike Fisher caught was his dear sweet Carrie Underwood. Perfect costume for a couple to attend a Halloween party.

Luke Bryan had some fun on Live with Kelly and Ryan dressing up as an eagle alongside his fellow American Idol judges. Blow up costumes are a hit, just consider your locale.

Jason Aldean and his family dressed up as characters from Star Wars. Great fun for any Star Wars fan.

This is by far the cutest cactus we’ve ever seen. It is a great way to keep the little ones cozy for trick or treating.

Thomas Rhett’s family captured our heart as Monsters Inc. characters. It’s even more fun when you can get dad to put on a fuzzy blue onesie.

Let’s get ready to rumble like Diplo this Halloween. Dress up as fan favourite American pro wrestler Hulk Hogan.

Brett Eldredge and his dog just gave everyone a great excuse to dress-up with their pet this year.

Hopefully you find some fun inspiration behind one of these creative country stars. Top Country wishes everyone a safe and Happy Halloween this year!

Check out the Top Country Charts this week here or on Spotify.