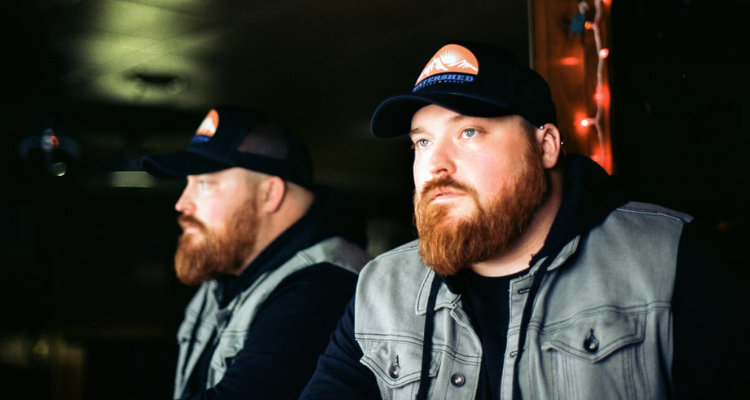 Austin Jenckes is the new kid on the block who’s here to stay. The Nashville based singer-songwriter released his new single “Ride Away” on March 9 and we can’t get enough. “Ride Away” will take you back with Jenckes’ raspy and vintage-inspired sound, paired with modern-day songwriting. If you’re a fan of Chris Stapleton, you’re going to love Austin Jenckes.

Austin Jenckes was born and raised outside of Seattle in the small town of Duvall, Washington. He relocated to Nashville, Tennessee in January of 2012 and now calls Nashville home with his wife, Brittany, and their one-year-old daughter. Stylistically, his music makes you long for a simpler time when the world moved a little slower and things felt a bit more pure. Austin is a man made for the stage. Whether he’s sitting on a bar stool in the Georgia Theatre in Athens, Georgia performing for 1,000 people by himself or back in the Northwest playing with a full band. Recently signed to Willam Morris Endeavor (WME), his shows are captivating, inspiring and leave those that know him feeling like they are witnessing one of the true under-the-radar talents.

We had the chance to catch up with Austin Jenckes to talk about his new single “Ride Away” and more. Fair warning, his answer to our last question will make your heart melt.

TC: What do you want listeners to feel when they listen to “Ride Away”?
AJ: When I sing “Ride Away” I feel like I’m going somewhere fast, but I have all the time in the world to get there. I want people to feel that too.

TC: What has been your favourite part about touring with The Cadillac Three?
AJ: Hangin’ in the crowd and listening to TC3 every night. They are a band to be reckoned with.

TC: Your dreams would come true if…
AJ: My mom got to hear me on the radio someday.

Listen to “Ride Away” on our Top Country Discovery Songs Playlist on Spotify!