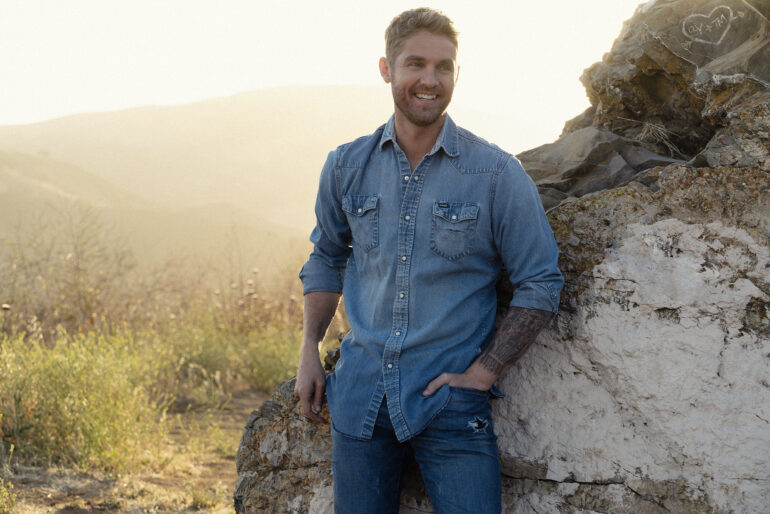 NASHVILLE, TN (March 29, 2021) – Multi-PLATINUM performer Brett Young continues to rack up accolades as his celebrated “Lady” (BMLG Records) claims the No. 1 spot at Country radio this week, summiting both Country Aircheck/Mediabase and Billboard Country Airplay Charts. Marking his seventh back-to-back chart-topper as Music Row predicted, “the guy has six No. 1 hits in a row, and I see no reason why this lovely outing shouldn’t continue that streak,” Young is only one of four artists in the modern era to have their first seven singles go No. 1 on Country Aircheck/Mediabase. Young has performed “Lady” on TODAY, The Late Show with Stephen Colbert, The Kelly Clarkson Show, CMA Fest and multiple all-genre live streams over the past year with 179+ million global streams. Dubbed by E! Online to “have you in your feels,” fans are clearly connecting with Young’s heartfelt sentiments.

“There aren’t many words to describe how this one feels… I’m still wrapping my head around seven in a row, then for it to be on a song like ‘Lady,’ is so incredibly special,” Young said. “I’m forever grateful to the fans, radio and all of our partners for embracing it like they have, making it a soundtrack to their lives and sharing their own stories back with me. Thank you all and can’t wait to share what’s next!”

Young has captured the hearts of fans everywhere through his honest lyrics and West Coast-meets-Southern sound, aptly dubbed “Caliville” style. While touring is paused, he has been tapped for several high-profile, all-genre livestreams in an effort to bring music and relief to fans across the world – Spirit Airlines & Mastercard Present Brett Young’s Live from the Runway, Live at The Ryman, Levi’s 5:01 Music Series, Visible’s Red Rocks Unpaused, Pepsi’s Unmute Your Voice Concert and Camping World’s Taking The Highways Across America series. Young’s GOLD-certified TICKET TO L.A. (BMLG Records), debuted atop the Billboard Country Albums chart upon release. His sophomore effort follows a PLATINUM self-titled debut, which dominated the Top 20 on the Country Albums chart for 37 weeks and contributed to over 5 billion streams globally. He was named ASCAP’s 2018 Country Songwriter-Artist of the Year for his “melodic craftsmanship” (Billboard) and has also garnered nominations from ACM, Billboard, Teen Choice, CMT and CMA Awards as he continues to rack up nonstop hits as “one of country’s most consistent radio stars” (Rolling Stone). For additional information, visit BrettYoungMusic.com.