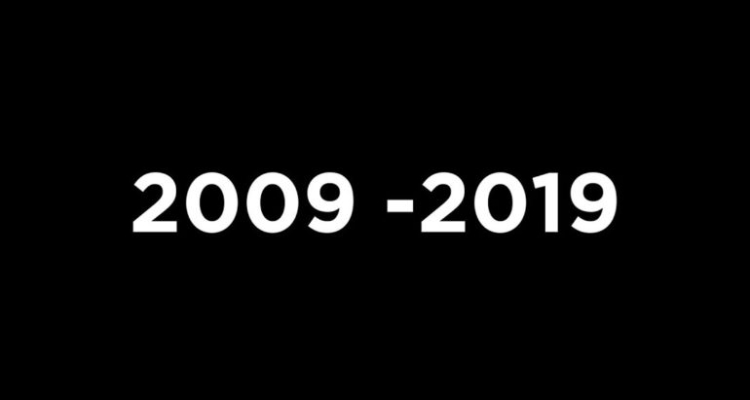 If you’ve been on social media recently, you’ve definitely seen people posting old photos of themselves and comparing those to new photos taken this year. This has been dubbed the Ten Year Challenge and it seems like everyone is getting involved!

Everyone from A-list celebrities to top athletes have been getting in on the trend. That includes country music’s biggest stars! It’s mind blowing how much can change in a decade and that’s what the Ten Year Challenge has proven.

We found a few of Canada’s top country artists getting involved in the viral trend and put together a list for your viewing pleasure. We’re sure there will be plenty of more artists to get in on the fun but for now, enjoy these artists rocking the Ten Year Challenge!

We’re certain there will be many more CCMA awards coming Jess Moskaluke’s way within the next ten years!

Okay fine. ⁣🙃 ⁣ #10YearChallenge⁣ ⁣ The first photo you’ll see is of a terrified 18 year old Jess. She’s in the parking lot of the @brandonuni girl’s residence, Flora Cowan, on her way to compete in a talent contest. Clearly her confidence level is nowhere near as big as her hair. She did not win. And that was okay, she just wanted to sing. ⁣ The second photo is of a very surprised and excited 28 year old Jess. She’s just won her first “Album of the Year” award at the @ccmaofficial awards and is celebrating with some fans on the way to accept it. ⁣ ⁣ Terrified Jess has come a long way in 10 short years. And that’s great. She still just wants to sing. 💕

He may have a new haircut but Jason Blaine hasn’t aged one bit over the last ten years!

Well, here it is. The 10 Year, How Have You Aged Challenge. So here it goes, age 27 to 38. Curly-hair me on the left is actually from sometime in 2007 and the other is from this past fall of 2018. So, 11 years:) I do still have a full head of hair under there 🙏 but this is the best two pics I could find people :) #CouldBeWorse #10yearchallenge

We’re grateful for those singing and acting classes too because MacKenzie Porter always blows us away! Check out our feature on MacKenzie Porter’s return to music right here.

I guess what I’m most grateful for over the last 10+ years are braces and the singing/acting classes my mum made me take. (In that order) 😝 #10yearchallenge

We can’t wait to see what the next ten years bring for Meghan Patrick but we’re sure there will be a bunch more number 1 hits coming from her!

#10yearchallenge. From bluegrass to country. From Summer Solstice Festival in my hometown to @bootsandhearts. Same amount of fringe. More tattoos. Still rocking out with @skidvicious and grateful for the rest of The Stone Sparrows, especially Sam, for being my first co-writer and writing guitar parts he knew I couldn’t play, but would practice till my fingers bled and I got it right. It’s been a hell of a ride… can’t wait to see what the next 10 years bring! #throwback #tenyearchallenge #thestonesparrows 📷: #2 @itsdarty

Being surrounded by friends isn’t the only thing that hasn’t changed in ten years for Paul Brandt – he continues to release hit songs constantly for country music fans!

In the last ten years, Lindsay Ell went from recording YouTube videos and hoping people would watch them to performing in front of thousands of people!

From recording YouTube videos in my basement with bangs, praying people would watch….to wearing an orange sequence jumpsuit on stage in front of thousands of you guys….a lot can change in 10 years. #10yearchallenge

Wow what a difference ten years can make!

Have you posted a #10YearChallenge yet? Let us know by tagging us in your post on social media!