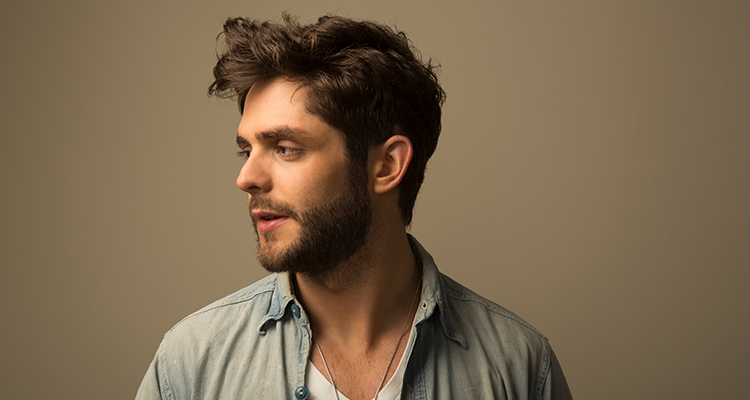 Country songs you didn’t know were actually by other artists

Sometimes country songs are so iconic, that we don’t even realize they were created by someone else. Here are country songs you didn’t actually know were by other artists.

B.W. Stevenson released the single “My Maria” in 1973 and the song became an instant hit. Country duo Brooks and Dunn performed a cover of the song 23 years later in 1996. Their cover reached number one on the U.S. Country Chart, was the number one country song of the year, and even nabbed Brooks and Dunn their second Grammy Award for Best Country Performance by a Vocal Group or Duo.

Sometimes a song isn’t even recorded and released before it’s given to another artist. The perfect example of this is Andrew Hyatt’s “Do It With You”, the much anticipated follow-up to his top 10 hit, “On Me.” The catchy track was actually written by Thomas Rhett and his father Rhett Atkins.

Listen to “Do It With You” on the Top Country Discovery Songs Playlist.

It’s hard to believe that this catchy and upbeat tune isn’t actually the brain child of River Town Saints, because they play it with such heart and energy! But this song was actually written by Canadian country superstar, Tim Hicks. It kind of makes sense when you think about it though, as Hicks is known for coming up with the best country party anthems.

Piece of my heart has been through the music recycling machine more than once. The original version was recorded by Erma Franklin in 1967. It later became much more popular after it was covered by Big Brother and the Holding Company, with Janis Joplin on lead vocals, in 1968. In 1993, country singer Faith Hill included the track on her debut album. It was a number one hit for her in 1994 and one of her most famous songs. Her version differs from Joplin’s in that it is less edgy rock and more traditional country.

Featured on the 1975 album Fleetwood Mac, by the band of the same name, Landslide has been covered dozens of times, by dozens of different artists. But the most prolific version would have to be the 2002 release by the all-female country group, Dixie Chicks. The rendition features the group’s trademark harmonies and will give you goosebumps. Listeners around the world seemed to agree as the song reached the top 10 on both the Billboard Hot 100 and Hot Country Songs, in addition to several others. The cover has been certified gold, making it match the success of the original.

The perfect ode to small town life and honouring where you come from. “Born and Raised” was written by Brad Rempel, who makes up half of the Canadian country duo, High Valley. The Hunter Brothers can pull it off, however, as they hail from a small town in Saskatchewan, so these words ring true for them.

Believe it or not, Hurt was not actually penned by country legend Johnny Cash. Instead, the song was first performed by grunge band Nine Inch Nails in 1995. In 2002 it was covered by Johnny Cash and received immense critical acclaim. The cover was one of the final hits released before Cash’s Death and has been immortalized as one of his greatest songs. Even Trent Reznor, the lead singer for Nine Inch Nails, agrees. He said: “I pop the video in, and wow… Tears welling, silence, goose-bumps… Wow. [I felt like] I just lost my girlfriend, because that song isn’t mine anymore… It really made me think about how powerful music is as a medium and art form. I wrote some words and music in my bedroom as a way of staying sane, about a bleak and desperate place I was in, totally isolated and alone. [Somehow] that winds up reinterpreted by a music legend from a radically different era/genre and still retains sincerity and meaning — different, but every bit as pure.”