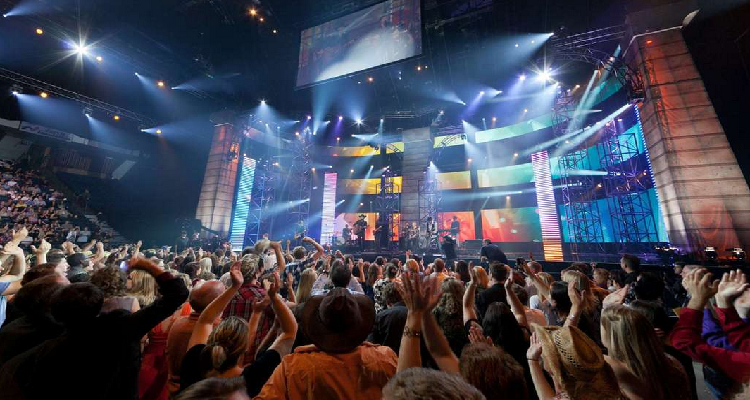 Catty Labelle – “One of the craziest things that I’ve done for Canadian country music was driving 7.5 hours to see Tim Hicks perform in Little Current, Ontario at Manitoulin Country Fest…I’ve been returning every year since 2014.”

I have a bunch of favorites but this one makes me smile the most. I had made a complete fool of myself, almost ran Tim over and completely embarrassed my hubby… #DrunkMe 🙈 pic.twitter.com/KVJCsm7pjc

Justine Albrechtas – “At this point, most people would probably define my love for country music as a whole as “crazy”, but if I had to pick the craziest thing I’ve done for it, it would probably be the distances I’ve travelled. My most memorable trips have been the time I flew to across the country to Vancouver to see Tim Hicks, or the few occasions where I’ve driven across Ontario for specific tours by artists such as Tim Hicks, James Barker Band, Brett Kissel, & Dallas Smith (catching anywhere from 6 – 10 shows on each tour, usually within a span of a week or two!).”

Where should we tour next? ✈️ 📸: @barton_images

Johanna Hopper – “I voted 2000 times for the CCMA fans’ choice award and then travelled 3000 km to Saskatoon to watch my favourite Canadian artist (Dean Brody) accept the award.”

I love you guys, thanks for the gift of letting me share my music with you!!

Theresa Pilsner – “When I finally got to meet Dallas Smith, he shook my hand and asked my name, all that came out of  my mouth was Theresa Pilsner in a voice that sounded like a 4 year old. Ended up being star struck…My husband and I are going to Dominican in January for Boots On The Beach so I can see Dallas again and hubby is ready to give me a punch if I can’t speak again.”

We’re a week away from #CCMAwards! Who’s going to watch? Had a great time with the @ccmaofficial team shooting the I Am Country highlight. 📷: @mathewguido https://youtu.be/DM_NcVU2cVs

Tami Smitten – “The craziest thing I did for country music is give a false name to get into the Ole after party in London at the CCMAs… Almost choked when they asked to spell the last name. LOL. Hands Down THE Best night of my life! Sorry, Not Sorry!”

Anna Wood – “I made a pumpkin for Dean Brody when I was at his release party on Halloween.”

My pumpkin, made it famous..LOL. I so wanted to make one for his release party on Halloween. Glad he finally saw it was him https://t.co/bHl9jcIsKw

Stay tuned to Top Country for everything on the CCMA Awards in Hamilton and make sure to listen to your favourite artists on the Top Country Songs playlist on Spotify!