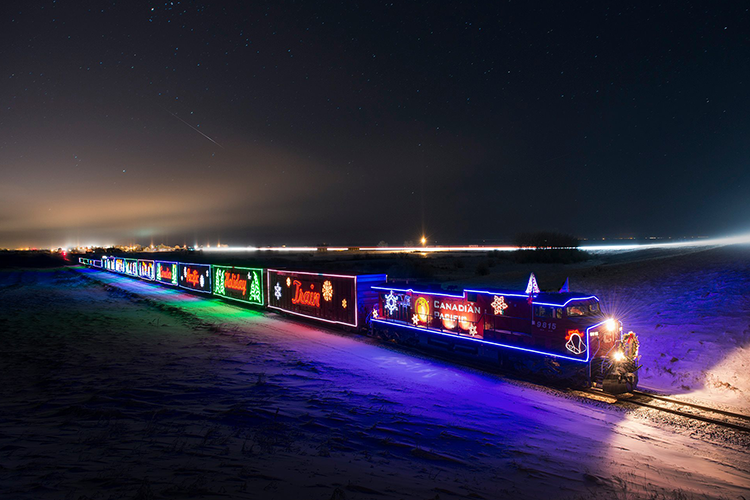 The CP Holiday Train is back for its 21st year! Bring your family out for great live music, holiday cheer and help restock food banks in your community!

There are two trains in Canada. One departs Montreal on November 25 and features Alan Doyle and Beautiful Band performing in communities in New York and southern Ontario. Meghan Patrick, Tanika Charles and Kelly Prescott will pick up the tour in Chicago and finish the train’s journey back to Canada with the final show in Gleichen, Alberta on December 18.

The second train departs Montreal on November 26 and follow CP’s tracks west to Vancouver. Performing free concerts from Montreal to Calgary are Scott Helman and Madeline Merlo. Then Terri Clark will join the train in Calgary with Dallas Smith and head west to BC and wrap in the Vancouver area on December 17.

Acadian folk-music group Vishtèn will perform at all stops in Quebec, the starting point for both trains.