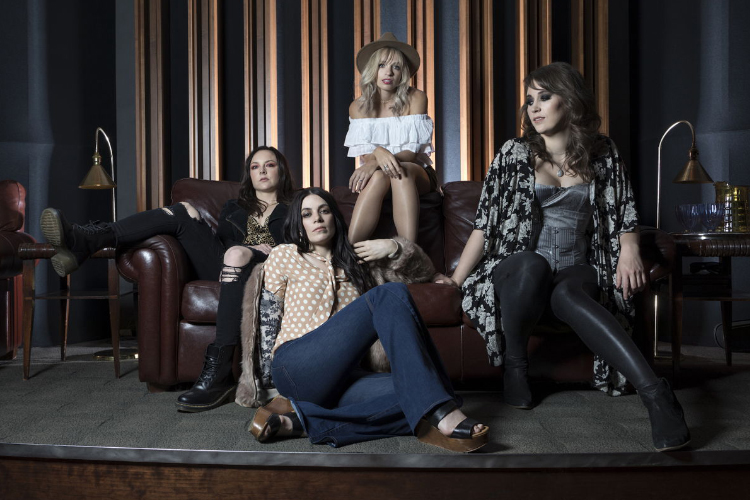 Nice Horse released their new single ” Good At Missing You” on June 4th. The song, co-written with Aaron Goodvin and Ed Hill, follows the release of their smash singles “Cowgirl” and “High School”. It was produced by Ben Kaplan who was named the 2020 Producer of the Year at the Juno Awards.

Listen to “Good At Missing You” here.

“‘Good At Missing You’ is about being in that place where longing outweighs moving on, where memories overcome thoughts of a new future. When you’re right in the thick of heartache, so much so that it’s the more natural thing you do. Missing the people you love – something that has never been more true for many of us during the pandemic,” says Nice Horse.

“High School” recently was the #1 video on Stingray Music. The video was filmed at their homes on iPhones with green screens and edited by Krista Wodelet and Brandi Sidoryk of Nice Horse. Watch Nice Horse’s video for “High School” below.

In support of Pride Month, Nice Horse launched a new Love Yourself t-shirt in partnership with David Camisa. The limited edition t-shirt, available in three styles, is part of Nice Horse’s Be Nice Nation lifestyle brand. You can purchase your t-shirt here.

They also have a podcast called The Road Case which invites listeners to sit shotgun in their tour van along with some special guests. Recent guests include Tebey & Shawn Desman, Dan Davidson and George Stroumboulopoulos. Listen to The Road Case here.