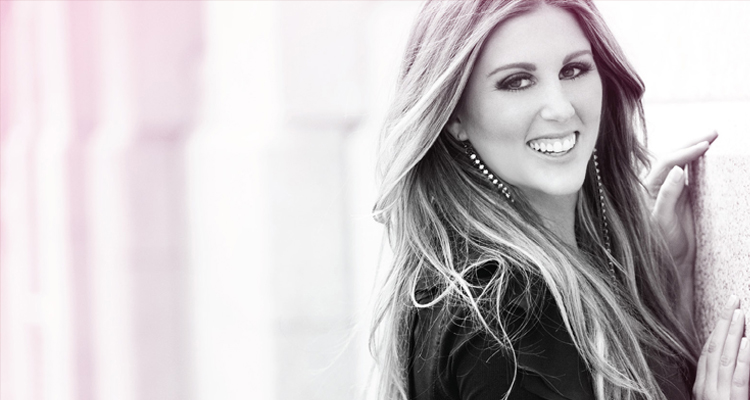 This week’s Pick of the Week is the new music video from Karli Whetstone, “Frozen”. “Frozen” was directed by the award-winning Roman White (Carrie Underwood, Kelly Clarkson etc…) and stars supermodel Cory Bond. Watch the music video for “Frozen” below and then read out interview with Karli.

KW: “Frozen,” is a love song about the very moment you realize you’re in love. It describes that vulnerable feeling you have when you know in your heart you love somebody. By loving someone, you risk having your heart broken, and this song takes you on that journey. I didn’t write, “Frozen,” so the first time I heard it I was absolutely fascinated. I remember feeling exactly the same way when I fell in love with my husband, but I had never heard a song about it before. I think the writers did a brilliant job of writing a song about the vulnerability of falling in love, but also letting love win in the end!

TC: What was it like making the music video for “Frozen”?

KW: Making the music video for, “Frozen,” was literally a dream come true. I got to work with my favorite Director, the great Roman White, and I was able to live out one of my life obsessions, being Ariel from The Little Mermaid! I have to be honest, when I wrote down my number one choice of a director I didn’t think it was going to happen! I was honored to even have Roman agree to meet me, let alone agree to work with me. After our first meeting not only did I feel like he really understood what I wanted, but my gut told me this was going to be something special. After weeks of discussion and ideas, he sent me an email saying, “How comfortable are you in water?” It didn’t take long to figure out where the video was going to take place! I assured Roman, I was very comfortable in the water and was dying to know what he was thinking! The next morning Roman sent his vision for “Frozen,” and I was blown away! Only a genius like Roman would think to film a music video underwater!!

When the day of filming came. I have to say I was extremely prepared! Years of swimming and scuba diving, paled in comparison to the training I received from my underwater coach aka my 8-year-old niece Phoenix! She had been working with me on how to, in her words, “have the face of an angel underwater and not a blowfish!” It took a lot of pool time, but the day of the shoot she had me ready to go! We were lucky enough to have Cory Bond star in the video, so when Roman said action Cory and I jumped in, literally! Cory was seriously the best! He is such a great guy and was willing to be a drowned rat with me all day to get the perfect shots for, “Frozen!” I can’t say enough about the crew and everyone from Moo Creative Media either. They did the hard work that day. They were underwater with us and in dive equipment while filming! You name it they did it! I couldn’t tell you how long we were actually in the water, because when you’re having that much fun you lose track of time. Sure there were some not perfect moments; I’m not a fan of getting water up my nose, I wasn’t always overly warm, but let me assure you it was the best day and officially a dream come true!

TC: What has been one of the most memorable moments of your career so far?

KW: I know this sounds a little cliché, but the honest answer is, making the music video for, “Frozen.” I never thought I could experience something so remarkable in my life. “Frozen,” is the perfect example of a team effort. It took over 30 people to bring Roman White’s vision to life, and it was an honor to be a part of it.

I’m someone who hates to be bored, so I loved the challenge of filming underwater. Underwater shots are not easy to bring to life, so it pushed me in a way I had never been pushed before. Also, I loved having so many creative, talented, and hard working people around me. Their greatness inspired me to be better every second. I felt like I was constantly learning. I will be forever grateful for that experience, the people I met, and the amazing video we were able to create together that day.

TC: What do you have coming up that fans can look forward to?

KW: My favorite part about what I do is performing!! I love the live shows! There is something so special about being able to connect with your fans on stage. It’s an amazing way to say thank you for all of their support! And starting this Spring I will be doing just that! I have a lot of shows in the works and will be releasing tour dates very soon! I’m looking forward to meeting the fans and getting their feedback in person. I haven’t been on the road in a while and I’ve been dying to get back out there! Also, I’ve been writing a lot, and will be going back into the studio very soon! So when you come see our show live, be sure to listen for this new music too!!