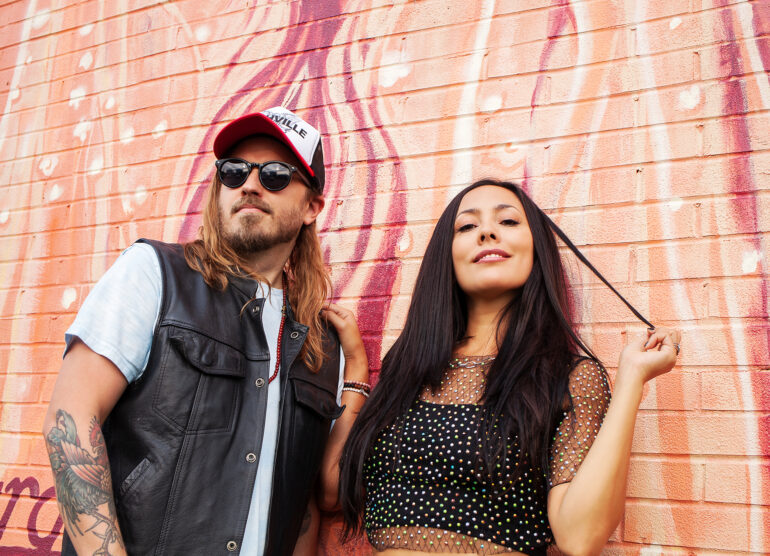 CCMA Rising Star nominees, Sons of Daughters are a contemporary country duo (Chrystal Leigh and Jimmy Thow) hailing from Vancouver, now based in Nashville, Tennessee. Their debut EP Love In A Bar was released in 2019, and features their top 15 single “Ain’t Gonna Be Lonely Long.”  Thow and Leigh co-wrote each song with the exception of the haunting Metallica cover “Enter Sandman.”

Since their move to Nashville, the duo has collaborated with numerous Grammy-nominated hit songwriters, and have showcased at several iconic venues, including The Bluebird Cafe, The Listening Room, and Nashville’s favourite Monday night party, Whiskey Jam. They have performed at large-scale festival gigs such as CMA Fest and Boots & Hearts.

Sons of Daughters were semi-finalists for Sirius XM’s Top of the Country competition, were part of CTV’s The Launch, and were chosen as iHeart Radio’s Future Star. Their newest single release “Drinks Well With Others” is available now.