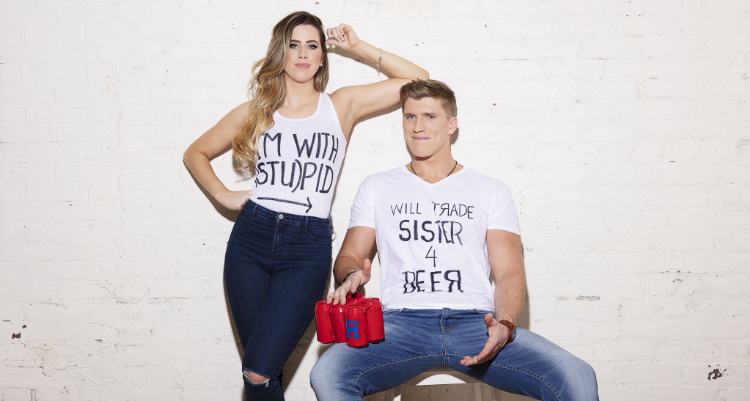 Can The Reklaws Finish These Top Country Lyrics?

Raised in rural Ontario, The Reklaws consists of brother-sister duo Stuart and Jenna Walker. They began to turn heads in 2012 when they were awarded the CCMA Discovery Artist title followed by the 2013 Boots & Hearts Emerging Artist Showcase title, which included a release with Big Machine Label Group.

The hours of relentless songwriting in Nashville paid off, as the pair have emerged with an infectiously authentic sound that is “soundtrack-to-your-summer” kind of material. Since then, they have hosted stages and shared the same stages with some of country’s best including Luke Bryan, Blake Shelton, Dierks Bentley, Brothers Osborne, Thomas Rhett and more.

We caught up with The Reklaws last week and tested their knowledge of country music with a little sibling rivalry. Check it out!

Listen to “Long Live The Night” on the Top Country Songs Playlist today!