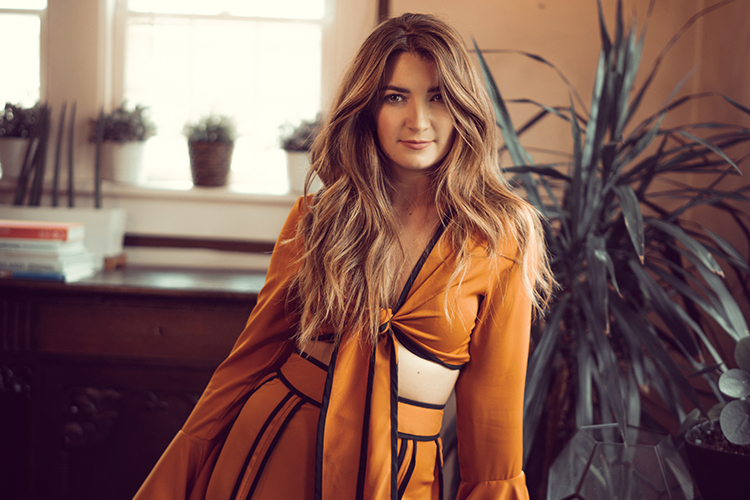 Alberta native, Tenille Townes just released her new video Jersey On The Wall for her vulnerable new single. She begins touring in the U.S. with Miranda Lambert’s Roadside Bars & Pink Guitars tonight, Oct 3. Let’s get to know why Tenille Townes is taking the country music world by storm!

“I hope it brings you comfort, I hope you have space to think about a number on a jersey you might know. I hope you feel the light pouring through these scenes because I believe even in the darkest of losses, hope is still there, getting in through the cracks. Thanks for watching this and for lifting up this song out there. And thank you to Danielle and Drayton’s families for letting us have the honour of using their actual jerseys in this video. Both of these #9s were the inspiration behind this song, and it was so emotional for me seeing them hanging up there during the shoot. It means so much to have them be such a big a part.” – @tenilletownes

#2 Tenille sweeps the CCMA’s (not literally)

#3 Tenille gives back to her community

At the young age of 15, Tenille started the first ever Big Hearts For Big Kids after hearing about the number of kids her age, in her hometown, who were turning to the local youth shelter, The Sunrise House. Since kicking off fundraising, the Sunrise House was fully renovated, re-staffed, and re-opened, available for the youth in need in northern Alberta. The Sunrise House has served over 6000 bed nights.

Tenille Townes, along with her hometown of Grand Prarie, came together this year and raised $415,000 for Sunrise House! GO Tenille!