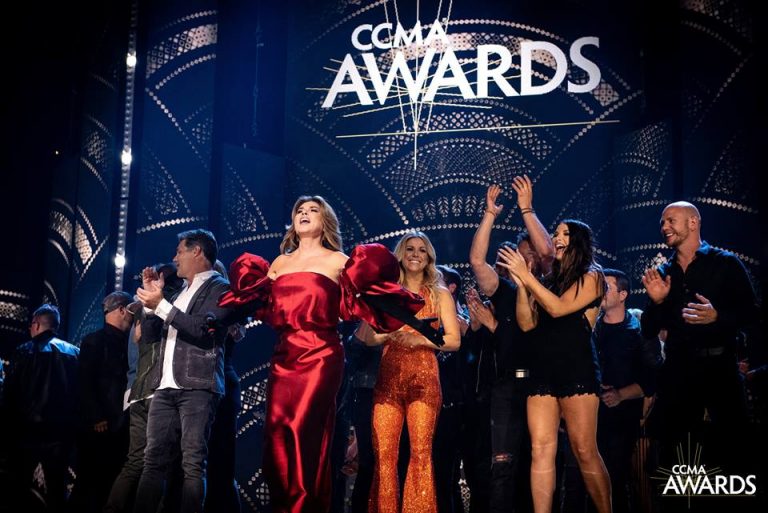 The 2018 Canadian Country Music Association® (CCMA®) Awards Show had Hamilton on their feet at the FirstOntario Centre! Canadians from coast-to-coast were cheering for all of their favourite country stars on CBC. Shania Twain hosted the biggest night in Canadian country music which featured performances from Canada’s top country music artists!

If you missed the show, we’ve got you covered with the Top 5 moments from the  2018 CCMA Awards!

The Medicine Hat, Alberta native celebrated her induction into the Canadian Country Music Hall of Fame this weekend. Keith Urban presented the Canadian icon with her Hall of Fame induction award. Congratulations Terri, there isn’t anyone more deserving!

Talk about girl power! Madeline Merlo, Jess Moskaluke, and Kira Isabella got the party started with an amazing tribute to Shania Twain! It was the perfect start to what would be a rockin’ evening.

there honestly are not words to describe how special this weekend was for me. Thank you to the @ccmaofficial for letting me be apart of something that I will remember for the rest of my life. Wouldn’t have wanted to do it with anyone else @kiraisa1 @jessmoskaluke I love you girls so much. And @shaniatwain thank you for being exactly what I thought you’d be. Humble, kind and absolutely iconic 🤯⚡️ #ccma #shaniatwain #holyshit

Where do I even begin… What a night! It was such an honour to host the @ccmaofficial Awards and to get to celebrate so much incredible talent in country music. Congratulations to all of the nominees and winners, thank you to the CCMA and everyone involved, thank you for the Generation Award, the top-selling album award, the Fans’ Choice Award… I feel so fortunate. But mostly, thank you to the fans who embraced my music and encouraged me to persevere, you guys are the reason why I’m still here and why I’m still loving what I do. There are no words to truly express my gratitude to all of you for your continues support and love throughout the years, of which it’s been many! Thank you, I love you! 📷: George Pimental Photography

2. Keith Urban Lights It Up In Hamilton

The Aussie megastar absolutely lit up the FirstOntario Centre stage when he performed his latest single Never Comin Down on the biggest night in Canadian country music. After his performance, he introduced Meghan Patrick, Suzy Bogguss, Jessica Mitchell, and Terri Clark who all played a medley of Clark’s classics.

Jessica Mitchell’s performance of her song Heart of Glass left everyone in Hamilton and across the country speechless.   The future is definitely bright for this star in the making! You can catch her touring across Canada this November.

for the first time ever, i’m going on my own tour. i’m so excited to support this record live just for you, so please join me for the #heartofglasstour, an evening of music & stories this November. tickets on sale this thursday. love you all. ❤️