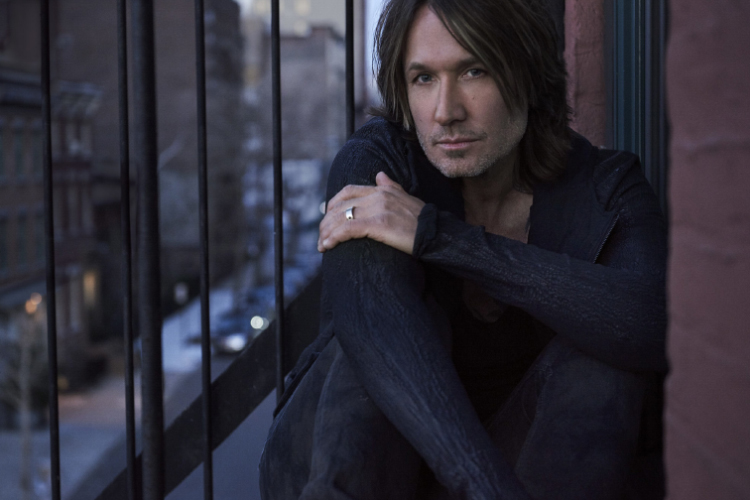 We Were – Keith Urban | Featured on the Top Country Songs playlist

Four-time GRAMMY Award winner Keith Urban released his new single earlier this year We Were, a reflective mid-tempo ode to mischievous youth. “I like the idea that life just happens,” says Urban. “At some point, whether in the moment or not, you just gotta go with it.” The track’s emotive and picturesque lyric elicits memories to which most can relate.  This, as Urban says, is what initially drew him to the track.  “When I first heard We Were, I not only heard it, but I saw it. It made me feel something. The imagery is so strong – a stamp on the back of a hand, a Saturday night cover band, the girlfriend (or boyfriend) we ran with, and a fake ID (which of course I never had). So many of us can relate or will likely relate at some point!”

We Were was written by Ryan Tyndell, Jeff Hyde, and Eric Church, and was co-produced by Dann Huff and Urban.

Keith Urban, will perform at the 2019 Freedom Mobile Grey Cup Halftime Show at the Calgary McMahon Stadium presented by Shaw on Sunday, November 24, airing live on TSN and RDS – Canada’s home of the CFL. The 107th Grey Cup halftime show should air around 8:15 p.m., depending on the game. This is Keith’s first time performing at the Grey Cup, giving fans even more reason to tune-in. The Hamilton Ticats are heading to the Grey Cup for the first time in five years, facing off against the Winnipeg Blue Bombers.  The Ticats have a chance to break the CFL’s second-longest drought by bringing home the cup home for the first time in 20 years.

Born in New Zealand and raised in Australia, Keith Urban is one of country music’s biggest superstars and most talented musicians. Keith released his debut self-titled album in 1999 on the label he remains on today, Capitol Records Nashville, and has since continued to entertain fans globally.

Crowned 2018 CMA AND ACM Entertainer of the Year and four-time GRAMMY Award winner, Keith Urban released We Were – on May 14th – his first new single of 2019.  It comes after the 2018 release of Graffiti U  and his acclaimed “GRAFFITI U WORLD TOUR,” which played to more than a million fans in seven countries on three continents.  It included sold-out shows in the United States, Canada, Australia, as well as Urban’s first European concerts in more than a decade.

Graffiti U, which upon its debut hit #1 on charts in the United States, Canada and Australia, is Urban’s ninth studio recording and follows one of the most successful releases of his career, 2016’s RIPCORD.  It featured Urban’s 24th #1 song, Coming Home (featuring Julia Michaels), which marked the first time that a country artist has used a sample of a country song (Merle Haggard’s “Mama Tried”).

He’s had an album simultaneously atop the all-genre charts in the U.S., Canada and Australia twice and is the only male Country artist to have achieved the mark even once.  He now stands at #8 on Billboard’s All-Time Country Airplay Chart as the artist with the most consecutive top 10 songs on Billboard’s Country Airplay Chart (38) – a streak that started in August of 2000.

In 2001, the Country Music Association honored Urban with its Horizon Award; he is one of only three in history to go on to win the CMA’s Male Vocalist of the Year, a title he’s captured three times, and the coveted Entertainer of the Year, which he’s captured twice.  The 2015 CMA Awards brought Urban his third win for Vocal Event of the Year for Raise ‘Em Up featuring Eric Church. It marked the first time in history that an artist has received the award in three consecutive years.

He’s long supported numerous charities.  His “All For The Hall” benefit concerts for the Country Music Hall of Fame and Museum© have raised over $3.4 million.  He is the first Ambassador of the CMA Foundation, is an advisory board member at the St. Jude’s Children’s Hospital and is a longtime supporter of The Mr. Holland’s Opus Fund and The Grammy Foundation.  In 2013, he introduced his new URBAN™ Guitar Collection via HSN, proceeds of which benefit both the Grammy Foundation and Mr. Holland’s Opus Fund.

Top Country’s Pick of the Week: We Were by Keith Urban, now added to the official Top Country Songs playlist.