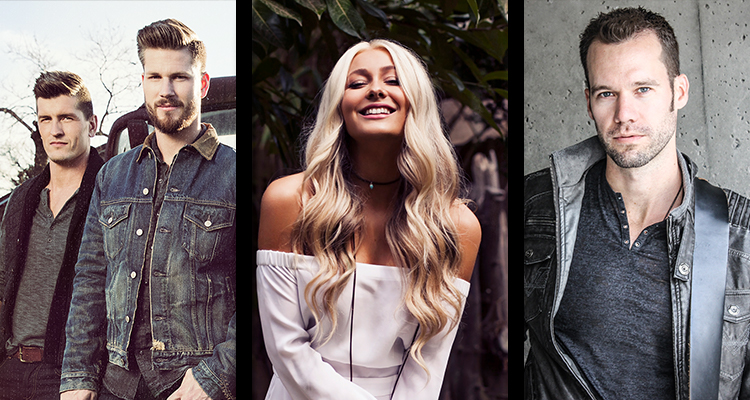 PotashCorp Country Music Week is right around the corner and the Canadian Country Music Association just announced the full list of CCMA Award Show Performers. Plus, if you’re headed to Saskatoon to join the festivities, make sure to check out the full lineup for SiriusXM FanFest and the TD Countdown Concert below!

Get your tickets to see all of the CCMA Award Show Performers! Tickets can be purchased online HERE, by calling 1-800-970-7328, or by visiting the SaskTel Centre Box Office (3515 Thatcher Ave., Saskatoon, SK).

A marquee event as part of PotashCorp Country Music Week, SiriusXM FanFest features a star-studded line-up of back-to-back FREE performances by fourteen of Canada’s biggest names – all of whom are 2017 CCMA Award nominees, three of which are Apple Music Fans’ Choice Award nominees – and gives country music fans the opportunity to meet, greet and have their photo taken with their favourite acts at the SiriusXM FanFest photo wall. In addition to the performances and photo opportunities, Prairieland Park will be filled with fun things to see and do.

For all the die-hard Canadian country music fans, the CCMA and Saskatoon Host Committee have orchestrated a CCMA Awards Pre-Show experience to optimize the culmination of PotashCorp Country Music Week. Before the 2017 CCMA Awards Show goes live, before Canadian celebs strut their stuff down the John Deere Green Carpet, the FREE TD Countdown Concert will get fans rocking with a line-up stacked with 2017 CCMA Award nominees. Make a day of the festivities with the CCMA, and head down to SaskTel Centre early on Sunday, September 10 to partake in the excitement.