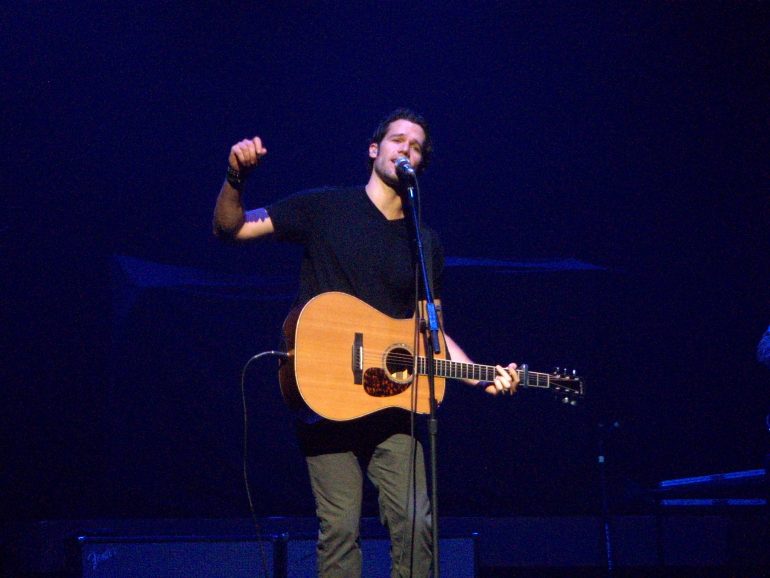 Chad Brownlee‘s been having a successful run on Dierks Bentley‘s Country and Cold Cans Tour as they roll through Western Canada. Sunday night’s show in Edmonton was the first sold out show of the tour, as well both artists have new albums that have been sitting in iTunes’ Top 5 Albums charts for the past week.

Sunday night’s after party at Edmonton’s famous Cook County Saloon had Brownlee belting out his hits to a packed house crowd. As well, his buddy Shane Yellowbird joined him on stage for a few tunes including Chad’s version of ‘Wagon Wheel‘.

Chad tweeted later that night, “Everyone who was at @CookSaloon.. That. Was. Unbelievable……Might be the loudest room I have ever played for. What an incredible night!!!”.

Brownlee and Bentley‘s tour extends through until the 23rd and wraps up in Winnipeg. For tickets and event information head to www.chadbrownlee.com. Brownlee‘s new single ‘Smoke in the Rain’ is at radio now. You can preview it below.