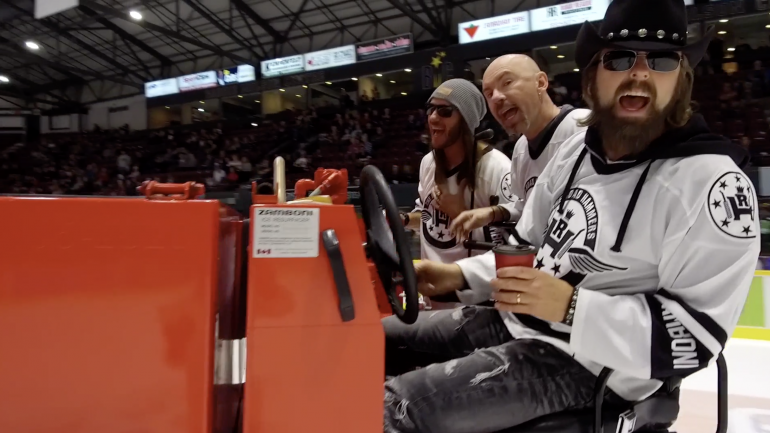 42-year-old Zamboni driver David Ayres became one of the biggest stories of this NHL season by winning a game in net for Carolina Hurricanes over the Toronto Maple Leafs.

Ayres became a sensation when he was called on after injuries to goalies Petr Mrazek and James Reimer. He stopped eight shots and became the first emergency goalie in NHL history credited with a victory.

There is one song in particular that just makes this even more fun, do you remember The Road Hammers’ song ‘Zamboni’? Watch this!

“Roots,” is another hockey anthem. Performed by Canadian country siblings The Reklaws – Jenna and Stuart Walker. It debuted on Boxing Day 2019, when the annual IIHF World Junior Hockey tournament began.

The Reklaws said they hope the song speaks to players and fans alike. “It reminds each of us that no matter how far you get or how many lucky breaks you have in life, we must always be thankful and reminded of what got us there in the first place!”