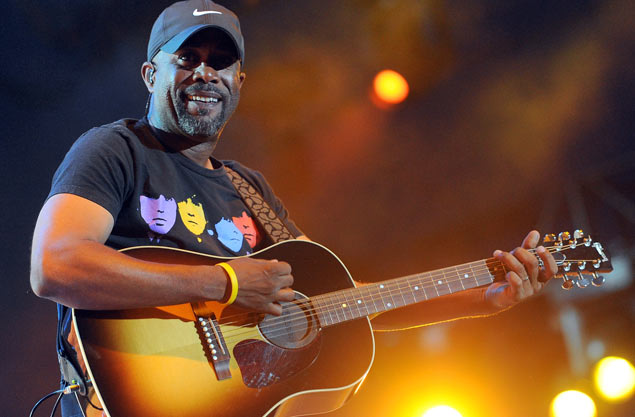 Four years ago, Darius Rucker dropped his ‘Let Her Cry’ roots to release his first country single ‘Don’t Think I Don’t Think About It’. Since then, he has taken the country music scene by storm with five Billboard number one singles.

It seems Darius isn’t ready to call it quits completely with Hootie &The Blowfish, as he revealed to Billboard Magazine, “There’s one more Hootie record and tour that we’re going to do,” he said. “I don’t know when, because country music is my day job — it’s what I want to do. We’ll probably always be a band. We’ve got two shows in August, we do about four or five dates a year. We’ll do another album and tour for a year, then I’ll be right back to this music.”

The South Carolina native believes that if Hootie & The Blowfish was to debut today, the group wouldn’t be heard on the same radio stations that premiered their debut single ‘Hold My Hand’ back in 1994. “We’d have to be a country band today,” he admits. “I thought we were as close to country music as you could be then. That’s why I thought when I started doing my country records that I wasn’t doing anything different.”