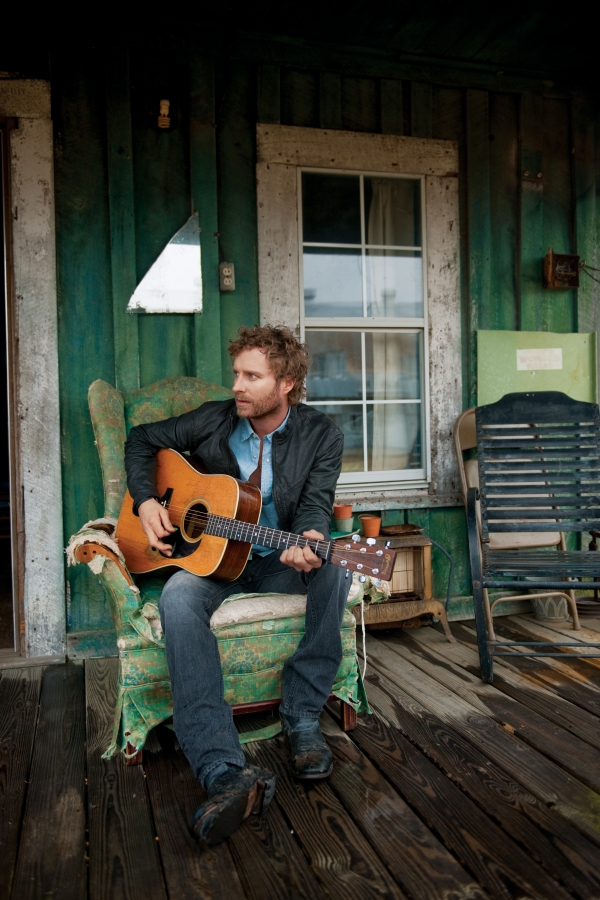 Dierks Bentley made a stop at the legendary Ryman Auditorium in Nashville on his 2012 Country and Cold Cans Tour. He wowed the crowd by having 3-year-old daughter Evie join him on-stage to sing a duet. The song ‘Thinking of You’ will be featured as the last track on Bentley’s new album, Home, which hits stores this Tuesday, February 7.

Nashville country rocker Will Hoge opened the show with a 45-minute opening set. Dierks’ set featured the likes of Little Big Town‘s Karen Fairchild, who also has a duet on his upcoming album, as well as bluegrass legend Del McCoury and the Travelling McCoury’s.

Dierks tweeted, “Epic night for us. Thanks to Will Hoge, The Travelling McCoury’s, Del McCoury, and mostly the DB Congress and fans. One of the best nights of my life.”

The night was extra special for Dierks, as the historic stage at the Ryman will be replaced after 61 years of musical history later this month. As he closed the show with his hit, ‘What Was I Thinkin,’ Dierks got down on his knees and kissed the beloved stage which has seen so much musical history over the years.

Dierks will be on tour in Western Canada in the coming weeks with Canadian country star Chad Brownlee. Check out his tour section for more information.