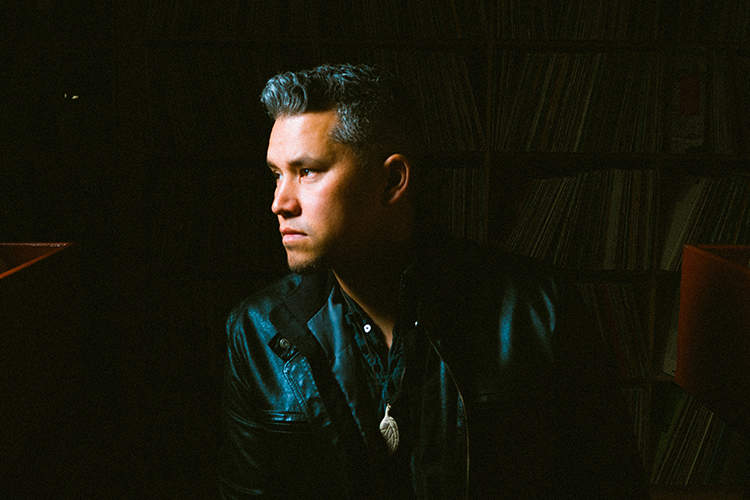 With powerful vocals, a lovable stage presence, and a soulful sound along with his tireless work ethic, ambition, and determination, Don has earned the respect of the Canadian Music industry. Let’s get to know Don’s top 5 holiday traditions!

Every Christmas we spend a few days at the in-laws place. This has been a tradition ever since my wife and I began dating, going on 17 years now. Before kids we would spend boxing day watching the ‘Lord Of The Rings’ trilogy. Now it’s more just praying the kids are asleep by 9pm so we can sip on a white Russian and watch an old rerun of the Office.

We take our kids on a drive through various neighbourhoods to check out the Christmas lights. Usually ends with hot chocolate and a Christmas movie!

Between November 12th and Christmas day we always try and watch our collection of Christmas movies (Scrooged, Elf, Die Hard, Home Alone, The Family Stone, The Holiday and a few more).

My wife and her sisters usually have a baking day sometime in early December. From this we get about 7 or 8 different delicious treats and I get about 9 extra pounds I didn’t have before the holidays.

Over the last 10 years I’ve been working on my show ‘Amero Little Christmas’. It’s grown from a little cafe show to a giant 1500 seat venue in Winnipeg (The Burton Cummings Theatre). It’s a lot of work, but it’s for sure the highlight show of the year for me and will continue to be a tradition for me and my family for years to come. What’s really incredible is how many others have made this show a holiday tradition for their families too!

Three-time JUNO Award nominee Don Amero is thrilled to announce the release of his new single “Music Lover”, available everywhere via MDM Recordings Inc./Universal Music Canada. “Music Lover”, produced by Danick Dupelle (Emerson Drive, Tebey) is Amero’s first release after signing with MDM Recordings Inc. earlier this year, though he’s no stranger to the industry. An award-winning storyteller, singer, songwriter and performer, Amero has been playing live and engaging audiences for more than a decade – effortlessly connecting with fans through his messages of encouragement and positivity. Amero is also the latest addition to the fall leg of George Canyon’s “Hit After Hit” tour, hitting the road later this year with Doc Walker and newly announced CCMA Hall of Fame inductee Charlie Major.