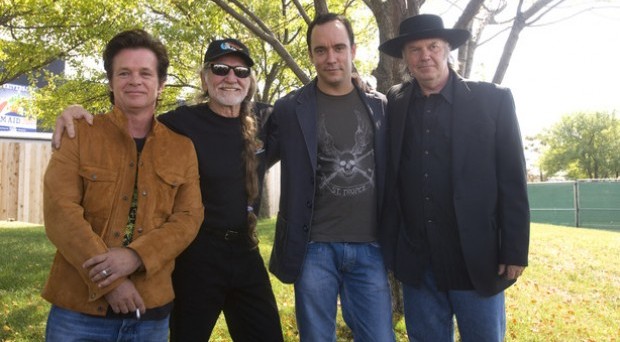 The Annual Farm Aid benefit concert will be held in the sweetest place on earth, Hershey, PA, on September 22. The Farm Aid concert has been an annual event since 1985 has raised more than $40 million to help keep family farmers on their land. Tickets go on sale Friday; board members including Dave Matthews, Willie Nelson, Neil Young and John Mellencamp are all set to perform this year. Also taking the stage will be… Jack Johnson, ALO, Pegi Young and the Survivors, Lukas Nelson and Promise of the Real.

When speaking of how Farm Aid has benefited the community, Dave Matthews, a performer at Farm Aid since 1995 said, “It really does affect people, it has an effect on farmers – that’s the part that’s really hard for me to impart,” he said. “Because when I go state to state, and see all these people, all these local farmers who come in who have been affected by the efforts of Farm Aid, who have been on the edge and been helped by the efforts of Farm Aid, it just makes you feel like … you’re doing something worthwhile.”

Farm Aid includes food vendors drawn from local family farms and the homegrown village, where people can talk with farmers and learn more about agriculture.  For more information on the organization, it’s history, and the annual concert just click here.