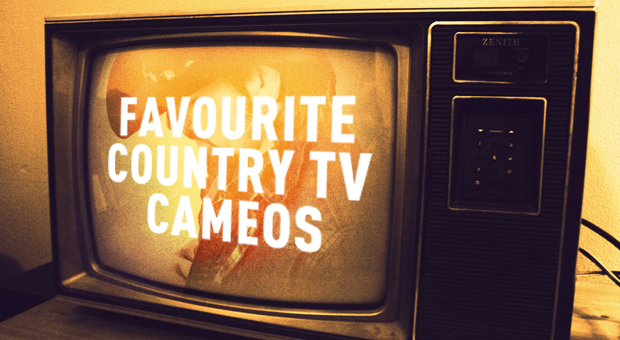 In no particular order here are some of our favourite country stars’ TV cameos (and recurring roles)!

MacKenzie played “Kim”, whose boyfriend mysteriously goes missing in a corn field on this episode of Supernatural.

Carrie Underwood – How I Met Your Mother

Source: How I Met Your Mother

Carrie played “Tiffany” (one of Ted’s love many love interests) on this How I Met Your Mother episode and his friends are convinced she is stringing him along.

Carly McKillip – Alice, I Think & Britt McKillip – Dead Like Me (One More Girl)

Carly played the title character in the 2006 series Alice, I Think that tells the story of the misadventures of Alice’s unconventional family and their odd collection of friends living in the northern town of Smithers, BC.

Britt played Reggie Lass, the lead character’s younger sister in the 2003/2004 series Dead Like Me.

Brad Paisley – The Crazy Ones

Source: The Crazy Ones / CBS

Brad played himself on this episode of The Crazy Ones where he is hired to sing a jingle for a barbecue sauce company.

Reba played the title character on this hilarious comedy that ran from 2001-2007 and told the story of a Southern soccer mom with three kids whose life comes crashing down when she finds out her dentist husband has impregnated his hygienist.

Dean guest starred on this episode of The Bachelor Canada where he performed his hit “Canadian Girls” for the ladies.

Taylor plays a surprise wedding guest on this episode of New Girl. (SPOILER: Her character’s name just happens to be Elaine…)

George played the character of Charlie Wells in three episodes of the Canadian hit series Heartland in 2008. (FUN FACT: In his very first appearance on the show he sang “Just Like You” at a character’s 16th birthday party)

Nashville is known for having some great country star cameos and this episode featuring Zac Brown Band was no exception. The band guest starred as themselves on this episode where they performed on stage with Scarlett.