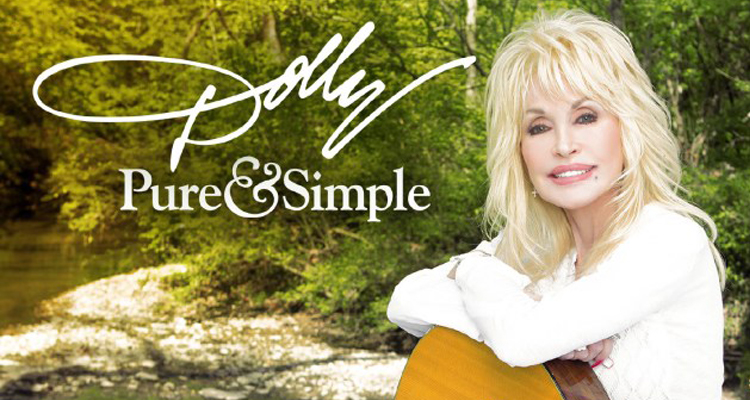 It’s Pure and Simple, Dolly Parton is in this Forever

Co-produced by comprised of songs written by Dolly, highlights of this love songs-oriented album include “Pure and Simple” and “Head Over High Heels,” as well as new recordings of “Tomorrow is Forever,” originally recorded as a duet with Porter Wagoner in 1970 and then again with Solomon Burke in 2006, and “Say Forever You’ll Be Mine,” which Dolly originally recorded with Porter Wagoner in 1975.

It’s all love of different colours. True love, then cheatin’ love, romatic love, sexy love. This album is a love of many colours.

The song ‘Tomorrow Is Forever’ was written when Carl and I first got married. When I decided I was writing a love album, I remember those being my 2 favourite love songs. With it being our (mine and Carl’s) 50th anniversary this year I wanted to include it on the album.

Dolly is headed out on her first Canadian tour in over 25 years, with the first show landing at Toronto’s Molson Amphitheatre.

I love performing as much as I did back then. I want to do this forever. I don’t have as much time left as I used to so I want to soak up every minute. I love it even more than I used to because time is precious. I want to die in the middle of a song or on stage.

There’s a recurring theme in Dolly’s song titles, song lyrics, and the way she talks about her career. When asked about it, she confirms,

“Forever” must be embedded in my soul, my psyche, and my heart.

Get Pure & Simple by Dolly Parton on iTunes now!

All Canadian dates include: