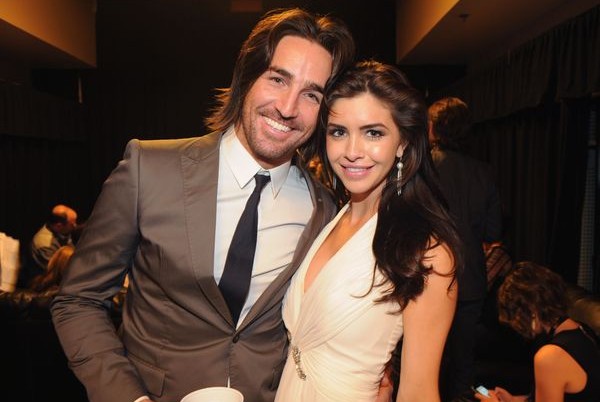 Country star Jake Owen is engaged.  On Saturday night Owen popped the question to his girlfriend Lacey Buchanan during a concert in his hometown of Vero Beach, Florida.  Luckily, she accepted. Good news for Owen, who’s single ‘Alone With You,’ is currently on top of the country charts in the U.S.  So all-in-all, a pretty good weekend for Jake.

According to those in attendance, Jake dropped to one knee and asked Lacey to marry him while singing ‘Don’t Think I Can’t Love You,’ and apparently the proposal was completely spontaneous, Jake didn’t have a ring.  As he told the audience, he’d always wanted to get engaged in front of friends and family and so the time just seemed right.