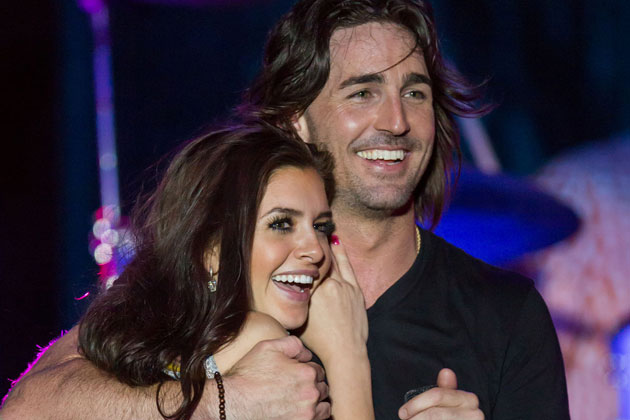 Jake Owen had quite the eventful weekend. First, during some Cinco De Mayo celebrations, he got arrested at a local Steak and Shake in Vero Beach, FL, for wearing a Halloween mask and being drunk in public. Jake later tweeted, and apolgized for his behavior.

Well now, we know why Jake was in such a good mood on Cinco De Mayo and causing a little trouble. Bachelor party, perhaps?

Jake and his fiance Lacey Buchanan tied the knot this morning in a sunrise ceremony in Vero Beach, FL in front of immediate family. After the couple exchanged their vows and their first kiss as husband and wife, the Vero Beach Hotel and Spa was the location of the reception which included champagne, cake, and a sit-down brunch.

“That was my idea, because it’s symbolic of the dawn of a new day and starting our new life together,” Owen told People Magazine.

Owen kicks off his tour with Kenny Chesney and Tim McGraw on the ‘Brothers of the Sun Tour’ on June 2.

Congrats to the happy couple!