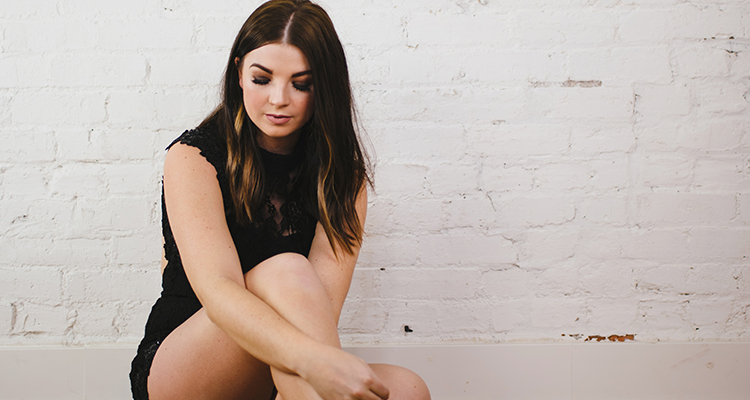 Jess Moskaluke’s body of work certainly speaks for itself. The Saskatchewan native is a three-time CCMA Female Artist of the Year winner and also has a JUNO to her name.

At this year’s CCMA Awards, Jess Moskaluke and Brett Kissel lead the field with 6 nominations each. Jess is nominated for Album of the Year, Single of the Year, Songwriter of the Year, Video of the Year, Female Artist of the Year, and the Apple Music Fans’ Choice Award, which for her is extra special.

“This year is the first year I’ve been nominated for the Apple Music Fans’ Choice, so this year my fans have been more loyal, excited, and crazier than ever!” says the singer. “I’m so thankful I get to have my dream job, and I’m truly indebted to my fans for their support.”

As huge as it is to be nominated for 6 CCMA Awards, it’s not even the biggest thing that has happened to Jess Moskaluke in 2018. On August 25th, she got married! The singer tied the knot with her longtime boyfriend at her home farm in Rocanville, Saskatchewan. Congratulations to Jess and Clay!

From her breakout hit “Cheap Wine And Cigarettes” in 2014 to the wildly successful “Drive Me Away”, Jess has given us unbelievable vocal performances that we should celebrate as country music fans.

2. Achievements in a Male-Dominated Industry

Jess Moskaluke is an inspiration to young women across Canada. Following in her childhood idol’s foot steps, Jess became the first female Canadian country artist since Shania Twain to achieve platinum single status with Cheap Wine and Cigarettes. With 6 CCMA nominations, Jess continues to prove that females are just as valued by fans of country music.

This is a thing!! 😍 Check out my story highlight for ways to vote! ❤️ #FansChoiceJess

All of these accolades and achievements can only come with a lot of dedication and hard work. Jess Moskaluke is the epitome of that and it shows. She is constantly writing, recording, and performing for her fans at festivals and concerts. The support she receives from her fans never goes unnoticed as Jess Moskaluke is one of the most appreciative artists out there today. Of course winning another CCMA Award would be great, but to Moskaluke the 6 nominations mean just as much.

“It’s a crazy feeling to know that your work is appreciated. Honestly, the nominations are the win for me!” she says.

So honoured to be performing at the 2018 CCMA Award Show this September!!! Get your dancing shoes on friends, this year is going to be extra special. @ccmaofficial @tourismhamilton

Keep at it Jess and congratulations on your 6 CCMA Award nominations!

Check out our full list of announced performers at the 2018 CCMA Awards in Hamilton and listen to Jess Moskaluke’s latest on the Top Country Songs playlist on Spotify!