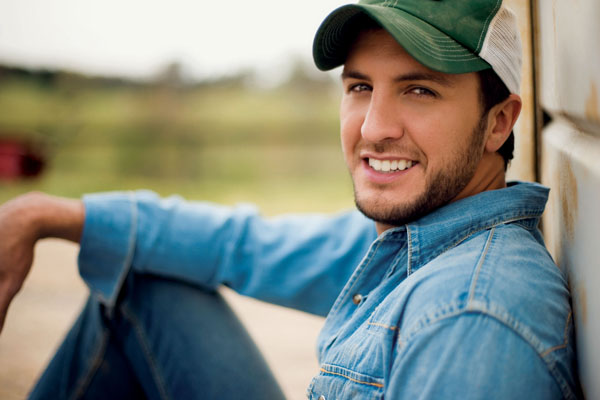 Country singer Luke Bryan likes to wear a ball cap, even when he’s taking his wife out for a romantic anniversary dinner. Last week Bryan and his wife, Caroline, went to celebrate at a popular Nashville sushi restaurant, Virago.  And it was the singer who was reporting how excited he was about his anniversary starting with this tweet. “It’s my anniversary.  Daddy’s getting lucky.” Things were moving along nicely until the restaurant manager asked Luke to remove his hat and that’s when the tweets took a turn. Luke was angry.

He tweeted, “After 2 bottles of dom. So will never eat mediocre sushi again on my anniversary.  So pissed.” And then, “Join me in my boycott of this sushi restaurant against those who sing and perform country music.” Instead of relaxing and enjoying dinner with Caroline it seems Luke was so bummed out that he had to take off his hat he spent a good chunk of his time sending out tweets to his followers, including this one; “Yee oh country world. Join in arms to maintain the integrity of dining. Would red lobster treat us this way? Hell no.”

Luke’s final tweet of the night, “I’m is drunk. Love y’all. See y’all in the morning.”

The next morning Luke tweeted an apology, “Well in the wake of my drunk tweets. I do wanna apologize to virago. The food was really great and the service was great too.” Once again it has been proven that alcohol and tweeting do not mix. Who do you feel was right here, Luke and his hat or the restaurant manager?