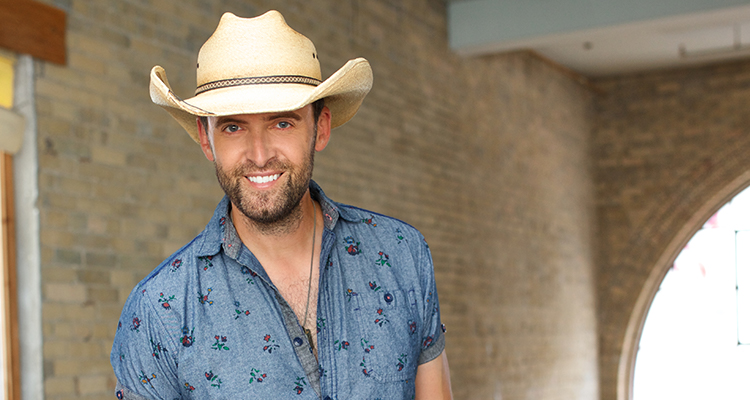 The Canadian Country Music Association (CCMA) has announced Dean Brody, Brett Kissel and Jess Moskaluke as the first of over a dozen dynamic country acts that will take the stage as part of the 2017 CCMA Awards Show. The CCMA Awards Show will be broadcast from the SaskTel Centre in Saskatoon, Saskatchewan on Sunday, September 10 at 8 p.m. (8:30 p.m. NT) on CBC.

Two-time JUNO Award winner and 13-time CCMA Award winner, Dean Brody is in the midst of another epic year, which saw his hit “Time” sit at #1 on the charts for 13 consecutive weeks, and his Beautiful Freakshow Tour stop in 26 cities across the country. His latest single, “Soggy Bottom Summer” is set for release on July 12. Fans can catch him this summer on the CP Rail 150 Tour, and headlining the iconic Budweiser Stage on August 24 in Toronto.

Brett Kissel is proudly the 2016 CCMA Fans’ Choice Award winner and Male Artist of the Year, as well as three-time consecutive CCMA Interactive Artist of the Year (2014-2016). His 2014 JUNO Award win for Breakthrough Artist of the Year marked the first time in 17 years that a country act took home this accolade. In addition to his multiple #1 singles, touring with the likes of Garth Brooks and Brad Paisley, and performing at the sacred Grand Ole Opry, this past winter he crossed the country on his sold-out, 19-date Ice, Snow & 30 Below Tour.

2017 JUNO Award winner (Country Album of the Year), and platinum-selling country artist Jess Moskaluke had the #1 Most Played Canadian Song (“Take Me Home”) at Canadian country radio in 2016. Acclaimed as the first Canadian female country artist to have a song in the Top 5 since 2008 and the first female Canadian country solo artist since Shania Twain to achieve PLATINUM single status (with her hit track “Cheap Wine and Cigarettes”), she was also the top spun Canadian female artist at radio for the second consecutive year in 2016. A 2017 SOCAN Award winner, she is the three-time consecutive CCMA Award Female Artist of the Year.

The 2017 CCMA Awards Show will see eight CCMA Awards presented, will highlight a number of special performances and will include appearances by a collection of Canadian personalities and country music acts. Additional CCMA Award Show performers and presenters will be announced in the coming weeks.