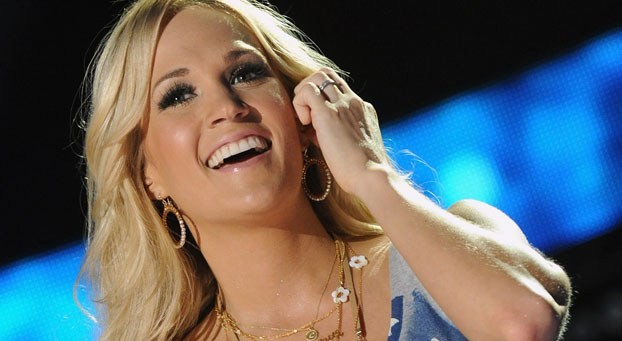 Movies are constantly being made about musicians that have passed away and when done right they sometimes are huge blockbuster successes and sometimes even garner awards.

When Reese Witherspoon transformed into June Carter Cash in Walk The Line with Joaquin Phoenix as Johnny Cash, Carrie Underwood must have taken notice. In a recent interview, she said, “If I died tomorrow and they wanted to do a movie about me, I’ve always loved Reese Witherspoon and I feel like we have the same stature. We’re about the same height and she can sing.”

At only 29, Underwood has many accolades to be proud of including Grammy Awards, CMA trophies and Billboard awards just to name a few. In addition, she has recently released her fourth album Blown Away with the hit song ‘Good Girl.’  The video for ‘Good Girl’ held the #1 spot on the CMT US Top 20 Countdown this past weekend.  That makes it a record-breaking 14 weeks at the top spot on that chart. So after being released in March the video has been at the top of the video charts longer than any video in country music history.

Underwood will be hitting the stage at Canadian Tire Motorsport Park in Bowmanville, Ontario for the Boots and Hearts Festival running from August 10-12.