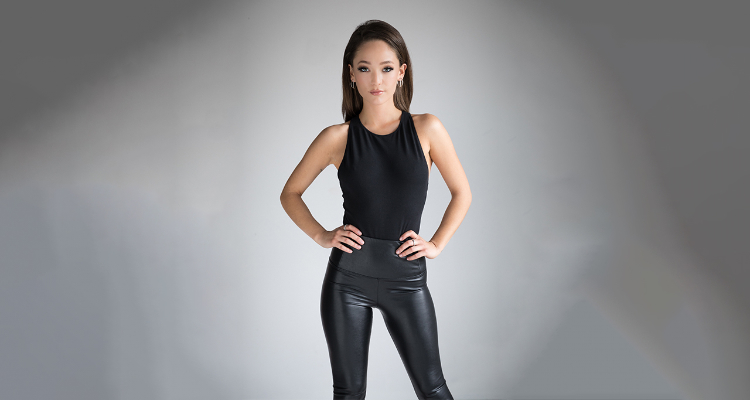 When you think of Canadian country music’s next generation of top talent, Kira Isabella is firmly established among that group. She has won two CCMA Awards (including Female Artist of the Year in 2013), landed three Top 10 singles on the Billboard Canadian Hot 100, and has had eight consecutive Top 20 radio singles – all by the age of 25.

Having released two new EP’s entitled Side A and Side B in late 2018 and early 2019 respectively, Kira Isabella is really finding her voice.

“One of the cool things I’ve been hearing from the people closest to me is that they feel that I’m really starting to find my voice,” says Isabella.

“I’m really singing about things that are important to me and figuring out who I am as an artist. I hope that people can continue to see that.”

As usual I had this idea of writing down some long caption to express the many emotions I’ve been feeling over the last few days..but I’ve had trouble finding the words. So I will just say thank you. Thank you to everyone who worked on this EP, thank you for listening, thank you for sharing. Thank you to my dedicated & hard working team for putting up with me and making all of these ideas come to life. Debuting as #1 Canadian country album on @itunes is more than I could have ever asked for and I love you all so much !!!!!! Link to listen in bio #SideA 🌹❤️

This is very evident in Little Girl which climbed into the Top 15 at Canadian country radio. It’s taken some time for Kira to release a new album but the wait for the new music was well worth it.

“This is the first album I’ve released in a little while. I really wanted to take the time with my producer and in the studio to find my voice again and to figure out where I wanted to go vocally and what I wanted to sing about,” says Isabella.

“I got together with some people that came up with some incredible music. I Don’t Wanna Know is the one where I started to actually feel like a writer. There’s been a lot of growth on this album I think.”

Some of those people include Maren Morris, Sam Ellis and Shy Carter who wrote Danger Danger. Up-and-coming country superstar Levi Hummon is featured on We Should Be Together.

To say it’s been a busy few months for Kira Isabella would be an understatement. She is currently wrapping up her first cross-country tour alongside Aaron Pritchett and his Out On The Town tour.

Going on tour with Aaron Pritchett would be a surreal experience for any country singer but for Kira Isabella, it has been extra special.

“I’ve loved him for so long. The fact that he’s giving me this opportunity to go literally across the entire country with him is so cool,” says Isabella.

“This is my first ever tour on a tour bus which I’m really excited about as well.”

Last September, Kira Isabella fulfilled a lifelong dream of getting to perform with Shania Twain at the CCMA Awards in Hamilton. Her young career has been chock-full of incredible moments but to her that one takes the cake.

For Kira Isabella, performing is her favourite part of being a musician and those moments are always the ones that stick the most.

“Just playing live has always been my favourite part about this. Just connecting with audiences everywhere,” says Isabella.

So what is Kira Isabella looking forward to in the next couple of years?

“I think if you look at my list of goals for the next couple of years I would love to win another CCMA. That would be really incredible. And to get to perform on the show again next year. Those are the types of things I look forward to.”