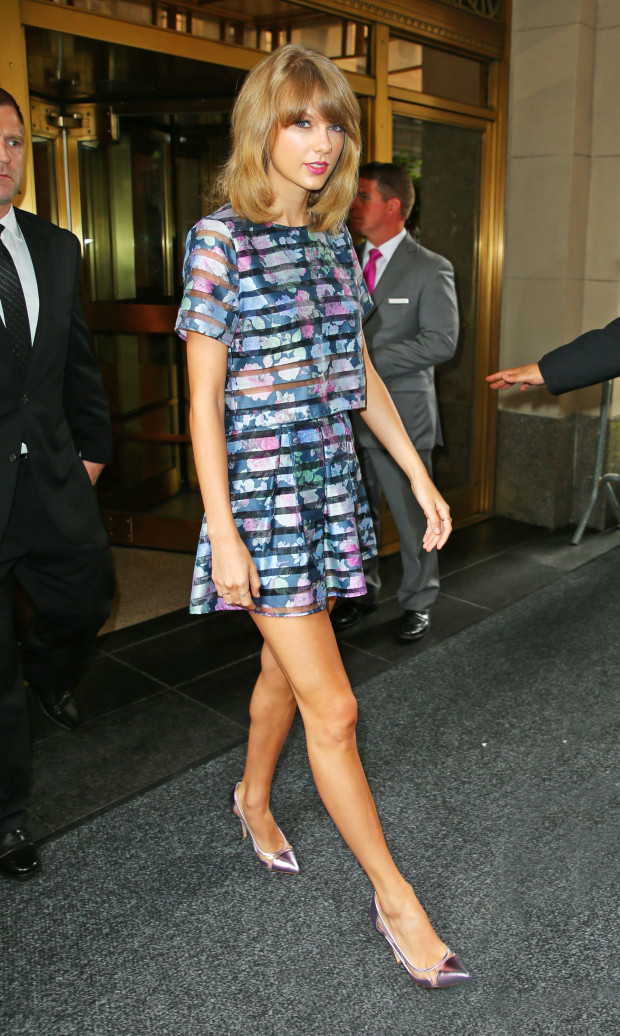 Taylor Swift was spotted in New York City today leaving interviews for her new film, The Giver. The film also stars Meryl Streep, Jeff Bridges and Katie Holmes and is based on the 1993 children’s novel by Lois Lowry.

When the film is released this Friday, will you be going to see it?  Let me know below!