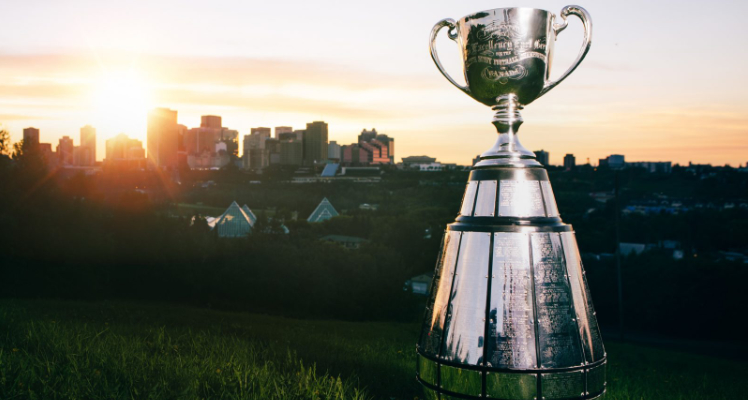 Top Country Artists You Can Find at the 106th Grey Cup

The Grey Cup is the biggest event in Canadian football. It is the CFL (Canadian Football League) championship game where the league’s two top teams square off for the chance to hoist the Grey Cup and be crowned number one! The game is steeped in history and Canadian’s travel from all over the country to take part in the festivities and watch the event.

The 106th Grey Cup pits the Ottawa Redblacks (who are appearing in the game for the third time in four years) against the Calgary Stampeders (who are playing in their third consecutive Grey Cup). The game will be played in Edmonton at 6 PM EST and will surely be one to remember!

As with any big event, there are a ton of festivities and the Grey Cup is no different. The Grey Cup Festival is a weekend long party celebrating the game and the city that features musical performances and fun activities. From the national anthem to the fan festival, country music has a strong presence at this year’s Grey Cup. Check out our list of the artist’s you can find at the 106th Grey Cup in Edmonton!

Alan Doyle is headlining the Alberta Blue Cross Grey Cup Gala Dinner so if you’re in Edmonton this weekend, keep an eye out for the East-coast legend!

#GreyCup Gala Dinner featuring @alanthomasdoyle with @martinkerrmusic, @celeighcardinal + @paulwoidamusic! Swipe for all the ticketing info – link in bio to get your hands on tickets! #BringTheHeat

Andrew Hyatt is the first of three country artists that will be performing on Saturday’s Cooper Equipment Centre Stage at the Grey Cup Festival. What a way to kick off the party!

Tebey’s hit Who’s Gonna Love you just reached number one at Canadian country radio this week and he’s performing this Saturday on the Cooper Equipment Centre Stage at the Grey Cup Festival. Quite the week if you ask us!

Tim Hicks is no stranger to performing at major sporting events and he’ll be headlining the Cooper Equipment Centre Stage this Saturday at the Grey Cup Festival. Make sure you go and see Tim get LOUD to get hyped for the game!

On Grey Cup Sunday, Lindsay Ell will be performing at the jetSet Indoor Tailgate Party! She’s one of Canada’s biggest artists right now and will definitely be cheering on the Stampeders as she is from Calgary.

Fans of Aaron Pritchett can see the singer at the jetSet Indoor Tailgate Party along with Lindsay Ell. Next year he’ll be starting his cross Canada Out On The Town tour.

The duo’s hit song Long Live the Night is the official theme of TSN’s Thursday Night Football broadcast so it makes sense that they’ll be performing during the Grey Cup kickoff show. You won’t want to miss this!

This could be you…in #Edmonton…with us! There’s still 1 week left to enter for your chance to #WIN a trip to the #GreyCup on Nov 25!! 🏈🏆 Link in bio! #RekTrek

Brett Kissel will be performing “O Canada” at the game this year and we can’t wait! He’s a long time CFL fan from Alberta and has said that he will certainly “cherish this experience”.