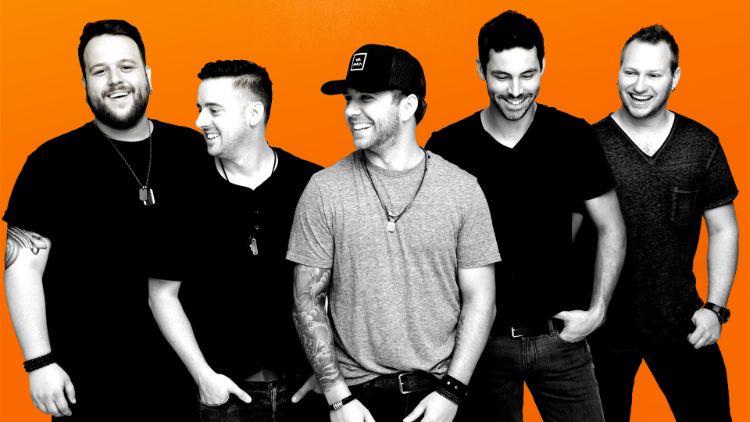 Top Country Artists You Need To See Live This Summer

Country music concerts and summer go together like bread and butter. Seeing your favourite artists perform live is always great but there is just something that makes the whole experience more enjoyable during the summer. Whether you’re spending the weekend at an outdoor music festival or catching a marquee tour stopping in your city, country music concerts are abundant during the summer time and because it might not be possible to see every single show, we’ve put together a list of some of the artists you need to see live this summer!

The Hunter Brothers are fresh off of opening for High Valley during their tour in Ontario and just played at the tribute concert in Saskatchewan supporting the victims of the tragic accident involving the Humboldt Broncos. This summer, the Hunter Brothers will have a busy schedule playing festivals including both Country Thunder dates in Craven and Calgary as well as the Havelock Jamboree in Ontario.

What a night to remember. Two worlds merging together-hockey + music. There are really no words to describe the many transactions of love that took place last night + we were just so honoured to be a part of it. Thank you to every one of you who came out to show your support. #humboldtstrong #letsgobroncos

Always one to put on an electric performance, Dallas Smith is hitting the festival circuit this summer with performances on some of the biggest stages in Canada. You can see Dallas live at Dauphin’s Countryfest, Cavendish Beach Music Festival, Rockin’ River Music Festival and Boots And Hearts among many others.

BOOOOOOOOOOOOOTS!!!!!!!! Excited to be heading back to play for ya!

Keith Urban’s Graffiti U tour is stopping all across Canada this summer with a special treat for Canadian country music fans; Lindsay Ell is opening for most of the Canadian dates! His brand new album, Graffiti U

includes a song called “Horses” which features Lindsay Ell. This is a two for one that you won’t want to miss.

I am emotional as I type this….because if I could go back and tell 10 year old Lindsay that this would be a thing one day….she would lose her mind. Keith, thank you for believing in me and asking me to be a part of your album. You have inspired me as an artist ever since I started playing shows, and to now have a song with you is completely surreal. So grateful. Thanks @keithurban 🙏🏼. Annnnd you guys need to all go get #GraffitiU!!! #horses #outnow

River Town Saints are another band playing a bunch of festivals this summer which gives fans across Canada a great opportunity to see them live. Some of the festivals they are playing include Boots And Hearts, Dauphin’s Countryfest and the Manitoulin Country Fest.

We’re playing two nights at @dauphinscountryfest this year! Double the party! See you there!

Shania Twain’s highly anticipated NOW tour is stopping in Canada for 14 dates and will be the first time the Canadian icon has toured since 2015. Simply put, she is a must-see act!

I can’t believe @stagecoach was already a year ago… My #ShaniaNOW Tour starts in FOUR DAYS! 😍💃🏼🎩🐆 Ticket link in bio.

Country mega-star Luke Bryan will be coming to Canada to headline multiple festivals including the Cavendish Beach Music Festival, the Calgary Stampede, and Country Thunder in Craven. His What Makes You Country XL tour will be opening in Toronto on May 31st and stopping in Vancouver on October 13th to cap of the summer which gives fans across the country a chance to see one of the biggest names in the genre.

The #WhatMakesYouCountryTour just got stadium sized. Got some new dates for y’all and I’m bringing out the good ones for them.

Madeline Merlo is ready to light it up this summer with performances lined up all across the country. Her latest single “Neon Love” is a perfect summer party anthem and watching the amazingly talented singer perform it live is something everyone needs to experience.

NEON LOVE IS OUT RIGHT NOW!!!! 🙏🏻☮💅🏻✨🌴💕 would mean the world to me if you guys checked it out!!! Let me know what you think!? #neonlove #newmusic #friday #newmusicfriday #countrymusic #music #drunkgirlsinthebathroom #feelgood #goodvibes

After last summer’s landmark performance at Toronto’s Budweiser Stage that featured many big names in Canadian country music, Dean Brody is returning to do it all again on June 28th. This time he is billed along with Alan Doyle along with what we’re sure will be some amazing special guests.

Cant wait for Bud Stage this summer with Alan Doyle and special guests and …you guys!! See you there Toronto!!

Head over to our festival guide to find out when you can catch your favourite artists in your province!