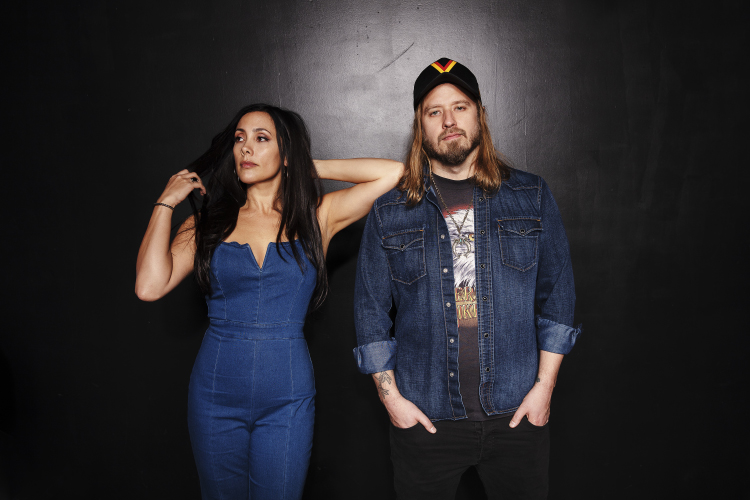 Sometimes you lose touch with people you were once close with and every so often you catch yourself thinking about them. This song is the answer to the universal question “I wonder if they ever think about me”?

Sons of Daughters new single I Picture You is officially out now on all major streaming platforms and at Country Radio. Check it out on our Top Country songs playlist, it’s a wicked new track from these rising stars.

ABOUT SONS OF DAUGHTERS

Sons of Daughters are a contemporary country duo comprised of Chrystal Leigh and Jimmy Thow, hailing from Vancouver, BC, now based in Nashville, Tennessee. They have been turning heads both north and south of the border. Their latest single, “I Picture You”, is a heartfelt ballad with a catchy, pop-meets-country vibe.

Their debut EP, “Love In A Bar”, was released in July 2019 and has accumulated more than 2 million streams worldwide. The compilation of six tracks was written and recorded between Nashville and Toronto, and Thow and Leigh co-wrote each song (with the exception of the haunting Metallica cover “Enter Sandman”). Thow is also credited as producer, alongside Grammy and CMA nominated producer Brad Hill (Maren Morris, Brothers Osborne).

Since their move to Nashville, the duo has collaborated with numerous Grammy-nominated hit songwriters, and have showcased at several iconic venues including the Bluebird Cafe, The Listening Room, and Nashville’s favourite Monday night party, Whiskey Jam. They have performed at large-scale festival gigs such as CMA Fest and Boots & Hearts, and toured with acclaimed indie rock acoustic folk group, Birdtalker. Known for their outstanding songwriting capabilities, Thow recently collaborated with celebrated artist, Tebey on his #2 hit radio single, “Good Jeans”.

The duo were recent semi-finalists for Sirius XM’s Top of the Country competition, were part of CTV’s The Launch, and chosen as iHeart Radio’s Future Star in the Country format for the month of March and April 2019. Their hit debut single “Ain’t Gonna be Lonely Long” reached Top 15 on Canadian Country radio (Mediabase and BDS). They were also nominated for the Rising Star Award at the 2019 CCMA Awards in Calgary.

The must-see group is gearing up for a busy start to the year, hitting the road with Tebey and Meghan Patrick on their respective tours.

Top Country’s Pick of the Week: I Picture You by Sons of Daughters now added to the official Top Country Songs playlist.