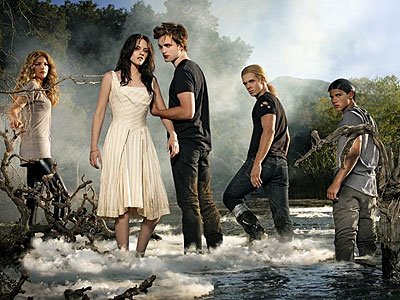 The three Twilight movies that preceded the first half of Breaking Dawn ranged from awful to just above average, but the latest offering from the Vampire-laden series is enough to erase the memories of mediocrity.

In the latest installment of the Twilight series, Edward (Robert Pattinson) and Bella (Kristen Stewart) take yet another step forward in their ongoing romance by tying the knot. The Cullen family comes together to celebrate the couple and finds themselves banding together to protect a pregnant Bella.

Breaking Dawn Part 1 also gives viewers a deeper glimpse into Edward’s past and does a good job of answering the many questions that the prior movies left with viewers. Ever-faithful Jacob (Taylor Lautner) and his pack of werewolves play a prominent role in this movie as well.

The movie loses a few points because the scenes surrounding the nuptials and the couple’s honeymoon take up a lengthy stretch of on-screen real estate, but many of these scenes are necessary to lay the foundation for the litany of surprises that follow.

The final few minutes of the movie are so intense, it will leave you thinking long after you have left the movie theatre.

The verdict: 4/5 stars, This is one you should definitely see on the big screen.