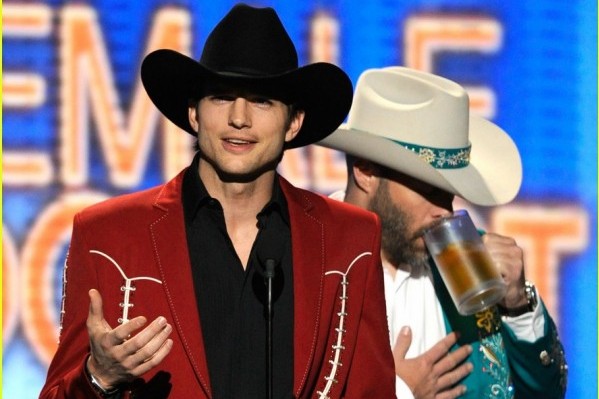 ACM Awards…the good and the not so good

Big night, big stars in Las Vegas for country music last night…and now that the Nevada dust has settled and all the ACM Awards have been handed out it sure looks like Blake and Miranda have confirmed their reign as the current King and Queen of Country Music.  Between Blake hosting, both of them performing… Miranda’s win for Album of the Year (her last 3 albums have all won the award) and their respective Vocalist of the Year awards (3-peat for Miranda!), they are certainly country music’s power couple these days.  More power to them I say!

No huge surprises at the the awards… Taylor Swift’s 2nd win for Entertainer of the Year I’m sure was more about her huge hits than talking to her cat on YouTube last week.. However, I missed that adorable Taylor … the one who has conversations with her cat and gets all excited when she wins.  She seemed rather nonchalant about winning.  Mind you, Kanye wasn’t there to shake her up…

Blake and Reba were great hosts – taking jabs at one another, other artists and even Tim Tebow.  Gotta love their chemistry.

Hmmm… Ashton Kutcher presenting.  What is up with Kelso in a cowboy hat?  I sincerely hope he’s not thinking of becoming a recording artist (can you say FLAT…?)  He should stick to what he does best.. punking people and playing the same character over and over again.  And really, Kutcher?  “A love as true as mine” he sings.. Made me snort chardonnay out of my nose.

One of the most highly anticipated moments of the show fell kind of flat for me.  Martina McBride and Pat Monahan doing their ‘Marry Me’ duet while a real life couple were married should have been a tear soaked sobbing ratings grabber.  I just found it kind of distracting and not all that moving.  Just somehow expected it to be more emotional.  Meh..

To be quite frank, my favourite part of the show was when Blake introduced his wife as “Miranda Lambert Shelton” … so cute and so proud!! And the song she performed – ‘Over You’ – absolutely stunning.  It’s her new single and a co-write between the happy couple about a not so happy subject – the tragic death of Blake’s older brother when he was a teen.  I predict Miranda will be picking up some hardware for that one this time next year.

Overall, enjoyed the show.. some good performances and entertainment. What did you think?