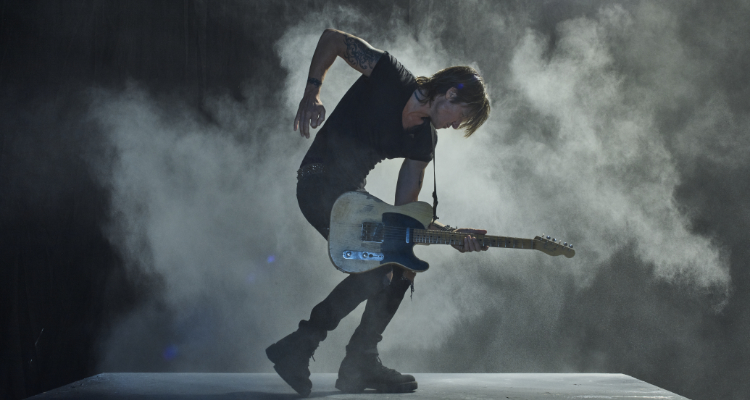 The 2018 CCMA Awards stage is heating up! Today the Canadian Country Music Association® (CCMA) announced its sixth round of performers for the 2018 CCMA Awards show, which will be broadcast and streamed live from Hamilton on Sunday, September 9 on CBC and cbcmusic.ca/ccmas at 8 p.m. ET (5 p.m. PT). Paul Brandt and the Hunter Brothers will step out onto the stage at FirstOntario Centre on September 9. These talented artists will join previously announced performers Keith Urban, Lindsay Ell, High Valley, Jess Moskaluke, Dallas Smith, Terri Clark, and Tim Hicks among many others.

Three-time 2018 CCMA Award nominees The Reklaws and three-time CCMA Award winners The Washboard Union are ready to light up the stage at FirstOntario Centre. Adding to the excitement is the confirmation of celebrated artists Madeline Merlo and Tebey joining the previously announced performance from 2018 Apple Music Fans’ Choice nominee Tim Hicks.

Earning their first JUNO Award earlier this year for Country Album of the Year, James Barker Band will be making their second CCMA Awards appearance this September. Since forming in 2013, the band has won the 2015 Emerging Artist Showcase at the Boots and Hearts music festival, gained more than 35 million streams on Spotify and has earned the most streamed and spun song released by a Canadian country artist in 2018 with their current single “Good Together”. Boasting five Top 10 singles and four gold records, there’s no question that James Barker Band is just getting started.

Jessica Mitchell, lauded as “country’s Adele,” wowed Country Music Week delegates in 2017 with her CCMA Gala Awards performance. 2018 will see her bring that magic to the CCMA Awards stage at FirstOntario Centre. Since its release in May of this year, her debut album, Heart of Glass, has earned more than 3 million streams and much critical acclaim. Mitchell has toured with country greats Johnny Reid, Terri Clark and Kiefer Sutherland. Heading out on a national with Glass Tiger this fall, Mitchell is sure to quickly become a fan favourite following her upcoming CCMA Awards debut.

Another first at the CCMA Awards will be a performance by 6-time JUNO Award winner Serena Ryder. With her anthemic single “Stompa” achieving 4x certified Platinum status in Canada and hitting No.1 at AAA radio in the U.S. for eight consecutive weeks, Ryder has become one of Canada’s musical darlings. Her latest album, Utopia, debuted at #1 and earned Ryder another three SOCAN No. 1 Song Awards as well as an additional Gold single with “Got Your Number.” Recognized as the first Canadian artist to reach No. 1 status on CBC’s Radio 2 Top 20 chart, her personal and skilled songwriting has earned Ryder career-changing features in television shows such as Grey’s Anatomy, VEEP, and Suits. There is no doubt this multi-genre songstress will deliver an outstanding performance as she steps out on the CCMA Awards stage alongside 2018 CCMA Award nominee Brett Kissel.

Celebrating his first Apple Music Fans’ Choice Award nomination in 2018, multi-Platinum country artist Tim Hicks is no stranger to Canadian country music fans. With two Platinum and 6 Gold selling singles, a Gold album and twelve Top 10 radio hits, the Niagara-born award-winning performer has quickly become one of Canada’s most celebrated male voices. The #1 Most Added track on Canadian radio across all formats in its first week, Hick’s newest single “Loud” off of his fourth studio album New Tattoo has become a summer anthem that fans can only hope will make its way to the CCMA Awards stage.

This fall Brett Kissel will be returning to the CCMA Awards stage for another outstanding performance. Taking home the coveted Fans’ Choice Award in 2016 and Male Artist of the Year for the last two consecutive years, Kissel has scored another six nominations this year, tied for the most of any artist. With his current single “Guitars and Gasoline” climbing the charts at stations across Canada, Kissel was awarded the CIMA Road Gold Award earlier this year and will be heading out across Canada later this fall for Part 2 of the We Were That Song Tour.

Returning to the stage after an unforgettable performance in Saskatoon with much to celebrate is reigning SiriusXM Rising Star and Female Artist of the Year, Meghan Patrick. Earning five 2018 CCMA Award nominations, Meghan recently made history by becoming the first solo female artist to take home the Fans’ Choice Award at the Country Music of Ontario Awards. With her debut album Grace and Grit generating four Top 20 singles and a Top 10 hit with “Still Loving You”, Meghan Patrick released her sophomore album (Country Music Made Me Do It) earlier this year.

19-time CCMA Award winner Terri Clark is no stranger to the CCMA Awards show stage. This year Clark will not only be performing, she’ll also arrive in Hamilton to celebrate her 2018 induction into the Canadian Country Music Hall of Fame. Selling more than 5 million albums worldwide, Clark holds the title for most wins of the coveted CCMA Fans’ Choice Award (8-time winner) and is currently touring across Canada. Her most recent single “One Drink Ago,” a duet with Dallas Smith, is currently Top 5 at Canadian country radio.

Multiple JUNO and CCMA Award winner Dallas Smith will hit the stage for the second consecutive year at the 2018 CCMA Awards. Recently scoring his fifth No. 1 and fourth consecutive chart topper with “Sleepin’ Around,” Smith is the first and only Canadian country artist to have four consecutive No. 1 singles from the same album. A Platinum and GOLD selling artist, Smith is also the only Canadian artist to have 18 consecutive singles peak in the Top 10 of the Country airplay chart in the Nielsen BDS era (22 years). With his current single “One Drink Ago” currently sitting in the Top 5, it is anticipated that Smith will be releasing new music in advance of his Awards show performance.

11-year old Internet sensation, Mason Ramsey, will be making a special appearance in Hamilton this September. Recorded singing Hank Williams Sr.’s “Lovesick Blues” at a Walmart in Illinois, the rising star’s original video earned more than 20 million views in its first week and has surpassed 40 million views since then. After signing with Big Loud and Atlantic Records as the youngest major label Country artist since Billy Gilman, Ramsey debuted his first hit single “Famous.” Reaching No.1 on iTunes Country Songs chart and top-charted as No. 1 on global streaming Country song on Spotify, “Famous” laid the foundation for the release of Ramsey’s second single — his cover of “Lovesick Blues.”

Grammy-Award winner Keith Urban is no stranger to the CCMA Awards stage. This year, the platinum-selling artist will arrive in Hamilton celebrating the release of his ninth studio album GRAFFITI U. Hitting #1 on all-genre charts after one week of release and recently gold certified in Canada, GRAFFITI U boasts singles such as “Coming Home” (ft. Julia Michaels) and is anticipated to add to Urban’s long-list of #1 hits (23). The second chart-topping album for Keith Urban, GRAFFITI U will lay the foundation for electric, high-energy performances both at the 2018 CCMA Awards and each night of the upcoming 10 Canadian dates of the “GRAFFITI U WORLD TOUR”.

Recently earning the first #1 single at Canadian country radio by a female in more than a decade with “Criminal,” Lindsay Ell has spent the better part of the last year taking the country world by storm. With her debut release THE PROJECT named the #1 Critic’s Choice Country Album of the Year by Billboard, the Calgary native has just wrapped a year-long tour with Brad Paisley and will head out with both Sugarland and Keith Urban later this year.

Two-time CCMA Award Group of the Year winners, High Valley has become one of Canada’s biggest success stories. Selling over 1 million singles worldwide, the brother duo recently released their fifth studio album DEAR LIFE. Spawning the Top 10 hits “Every Week’s Got A Friday” and “Dear Life” (Top 5), DEAR LIFE also delivered the #1 Canadian Country radio hit and their fourth GOLD-certified song “I Be U Be.” Nominated for a 2018 JUNO Award for Country Album of the Year, High Valley will head out on the road with Old Dominion this fall, bringing their smash hits “Make You Mine” (certified GOLD in both Canada and the US) and “She’s With Me” (Top 5 in Canada/Top 10 at US Country radio) to fans across North America.

Tickets for the 2018 CCMA Awards are available now, with GOLD and PLATINUM Packages available as well. Single tickets and packages are available for purchase in-person through the FirstOntario Centre Box Office and online at ticketmaster.ca.