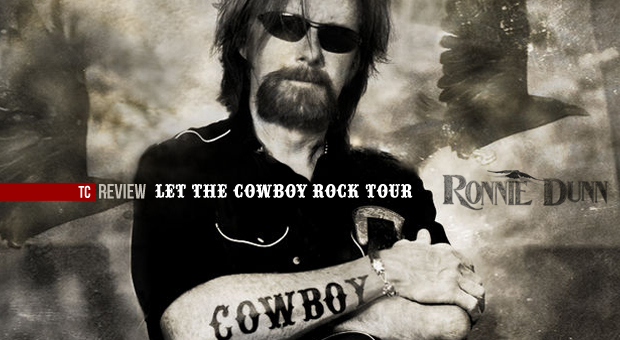 Tuesday night, the Bonnyville Centennial Centre in Bonnyville, AB had quite the treat having one of the biggest music stars, Ronnie Dunn (formerly of Brooks & Dunn) perform for an enthusiastic crowd. Ronnie undoubtedly has one of the best voices in music, period. But perhaps the biggest surprise of the night was the opening set from Calgary’s Lindsay Ell.

Lindsay Ell may hail from Calgary, but she’s been spending a large amount of her time in Nashville working on her next album. Recently signed to Stoney Creek Records Nashville, she is keeping quite the company at her new label home. Thompson Square, Randy Houser, among others all call Stoney Creek Records home. Not only can Lindsay sing, she’s got some amazing guitar chops, as well. This girl is one to watch, visit her YouTube page to check out more.

Ronnie Dunn kicked off his set with his current single, ‘Let the Cowboy Rock’ and set the tone for the rest of the evening. He made his way through many of the songs on his current project, the first solo album since his split from Brooks & Dunn. ‘How Far to Waco’ and “I’m Just Lonely” are sure fire stand-outs on his self-titled effort.

It was no surprise, however that Ronnie blew through many of Brooks & Dunn’s smash hits including ‘Boot Scootin’ Boogie’, ‘Red Dirt Road’, ‘That’s What She Gets For Loving Me’, and ‘Play Something Country’. Another highlight of his set, a cover of the classic, ‘You Don’t Know Me’.

What’s most impressive about Dunn is that his voice and career can stand on it’s own. While there was an undoubtable magic with Brooks & Dunn, Ronnie himself, can make his own. Anyone who gets to sit in a room and listen to this man’s voice should be thankful to be in the presence of such talent. With or without Kix, we love ya Ronnie! You make great country music and ‘Thats What It’s All About’.