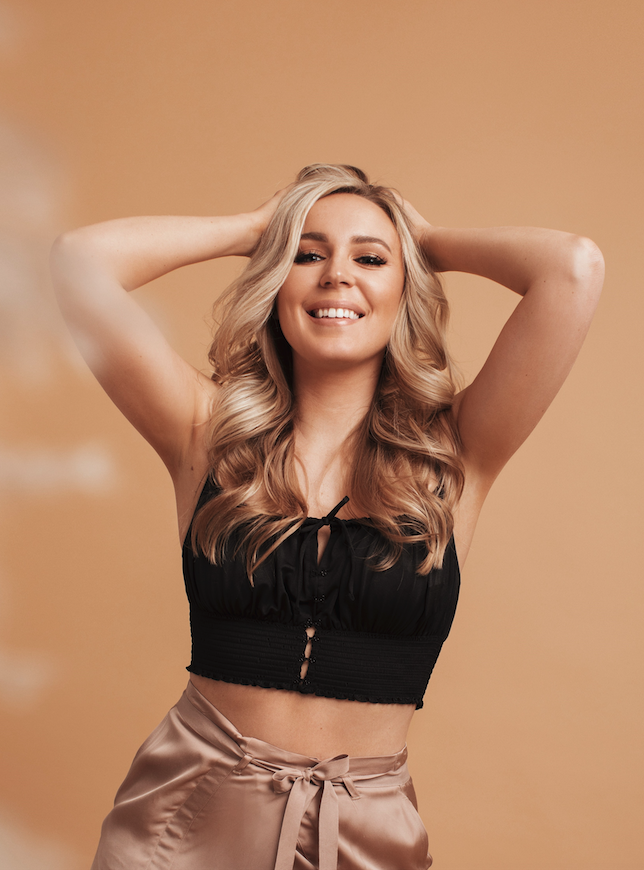 Meet Elyse Saunders, Top Country’s Emerging Artist Of The Month! Elyse is on FIRE in the Canadian country music scene. Her brand new EP “Free” was just released last month, opening at #2 on the iTunes country album charts in Canada, and #11 across all genres. This lady is special, and we are stoked to be able to tell you more about her. Learn more about Elyse and check out the music video for her tune “Sunshine State Of Mind” below!

Country music has always felt like home for Elyse Saunders. From the dynamic stages of Toronto to the bright lights of Nashville, the Peterborough, Ontario native has followed a path of steadfast determination and artistic inspiration – regularly captivating crowds with her powerhouse vocals, engaging live show personality, and interactive charm.

Priding herself on being an artist who never stops, Elyse discovered a passion for music early on when she met her first mentor, noted producer/songwriter Cyril Rawson (Keith Urban, Gretchen Wilson), with whom she recorded her debut album in Nashville before releasing a string of Canadian country radio singles, and showcasing as an opener for ACM artist Deric Ruttan in front of 10,000 fans.

This formative stage experience has led to over 350 shows with industry showcases like Canadian Country Music Week, Indie Week, and 2019’s Canadian Music Week with Nice Horse, Kira Isabella, & David James. Elyse also rocked 2019’s Powassan’s Smoke ‘N’ Spurs ahead of Eric Ethridge and The Washboard Union, and opened for Terri Clark and Jason Aldean at Sunfest. On the release side, her 2017 single, “Rise” went Top 20 after a dance remix by Toronto’s DJ Danny D, and was chosen for TV placement at the 2020 Summer Olympics. 2019’s “Feel You Leaving” made CBC Country/Sirius XM’s rotation and beat 19,000 entries as a semi-finalist in the International Songwriters Competition.

The 2020 winter ballad “Wine Down”, penned by Elyse in Nashville with Joey Green (“The Voice”), highlighted her songwriting chops and stunning vocals. Along with over 125K Spotify streams, it earned the #1 spot on Amazon’s Breakthrough Country playlist and top-lined “Wine Down with Elyse Saunders” – a digital fully-produced concert. Elyse performed “Wine Down” on “Today in Nashville”, and it was also a Top 100 pick by American Songwriter.

In 2021, Elyse released another summer single, “Sunshine State of Mind”, with the popular music video featured by CMT.com. After finishing the summer as a CBC Searchlight Top 5 runner-up and a Boots & Hearts Emerging Artist Showcase finalist, she performed at the CMAO Awards, where she was nominated for Female Artist of the Year and Rising Star. Now with a new EP, “Free”, Elyse is celebrating another shining moment in her prosperous musical career.