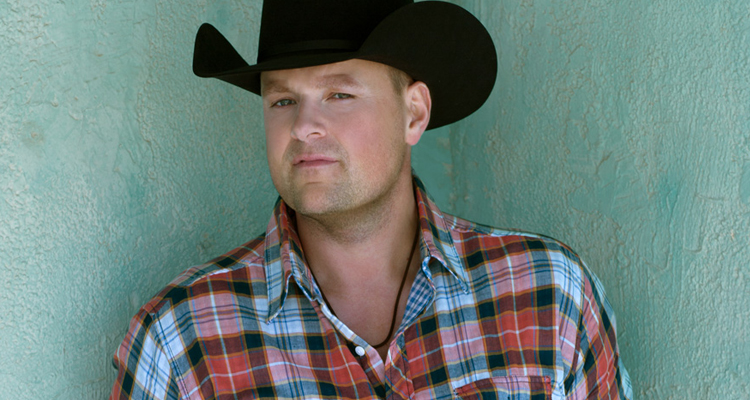 Bamford will be releasing his 7th studio album Tin Roof on April 8th. Songs already available for individual purchase include Heard You in a Song, Don’t Let Her Be Gone and recent releases Breakfast Beer and Olds.

Congratulations on your recent CMA Jeff Walker Global Country Artist award! What went through your mind when you found out you were awarded for the second time?

I checked my Twitter account and I saw a message from Reba. I kind of thought it was a joke, it was the first I had found out about it so it was kind of neat. I thought it was a mistake because I was lucky enough to win it a couple of years ago and I didn’t realize I would be eligible again, so I called my manager to ask him if he’d heard anything about it and he hadn’t which was kind of odd. Anytime you can be recognized by the CMA is an incredible thing and something that is a great honour for me. I’ve been really lucky over the past 4-5 years with awards and I’ve always said at some point you come down I guess, so hopefully not anytime soon. It’s been really overwhelming and a true honour to be recognized. It’s great to be in the business that you love and play music.

Do you remember the first time you heard a song of yours on the radio?

I sure do. I think there’s a couple radio DJ’s that have it and I’ve tried to find it. When I think back on it today, it feels like it was just yesterday. It feels like you’re still trying to do the best you can to propel your career. I think it’s a good thing. It keeps you fresh and keeps you working hard. There are so many great artists in Canada that are coming up and doing their stuff. Our music in Canada is as good as anything in the world. It’s tough to keep going and maintain it but it’s been a great ride so far.

Where were you when you heard that first radio play?

I was driving down the road in Lacombe. Alberta. It’s crazy how the times have changed from production, to songs, to sound. If you can go back and listen to that to see how it’s all changed and how I’ve changed as an artist and grown. I’ve learned a lot of things since then.

Which song was it?

It was called ‘Forever Starts Today’. It was a song written with Dean McTaggart. I’d have to look really hard to find it but I do know a couple of people who have it.

What does it feel like now when you hear your songs on the radio?

I think it’s like any body that starts a business. Being in the music business is kind of like being an entrepreneur, you know? It’s really tough to get into and even tougher to get to a certain level where you can make a living and not have to have a day job and support you and your family. I just look at all the effort that’s been put forth and not only for myself but for my family, my parents and all our family back home. The team that is surrounding me now is tremendous, and I’ve worked with great people in the past that I enjoyed working with as well that have been a great part of my success and helped build who I am and built the brand that we really want to portray to every body. It’s like anything, it takes a team of people to make it happen. Anyone who thinks they can go out and do it on their own, it’s a pretty big reality check. There’s been a great team of people behind it from day one.

Was this your first time working with Phil O’Donnell?

Yes, it sure was. It was probably the hardest… I mean an easy decision to work with Phil, but hardest thing to ever do to change producers after 6 records and a tremendous friendship with Byron Hill who’s a become a mentor of mine and one of the biggest reasons I’ve been able to have the success I’ve had. Some people say, “if it ain’t broke don’t fix it”, and some people say “change is good for every body”. In this situation it wasn’t a chance to try and have more success, more of a change for me to be revived a little bit, to have a fresher set of ears coming into the project that’s never been a part of it, to possibly give it an extra little lift to get to the next level. I think we were able to accomplish that with Phil, he’s a great guy and a tremendous talent, songwriter, producer, and singer. I was able to get into his circle of songwriters and meet some of those guys as well as the writers that I’ve been writing with for a long time. My publisher Ole did a great job at bringing me into some ‘writes’ with their guys and it really paid off I think. This album could be the best album I’ve ever done and I’m really excited about it.

I think so too. I got a sneak peak of it and it’s amazing. Which Tin Roof song did you enjoy writing and/or recording the most?

I think one of my favourites I’ve ever written and recorded is a song called “Old”. There’s also another called “Apples” that I really like. The next single that’s coming out to radio is called ‘Breakfast Beer’, I think it’s the #1 Canadian song on iTunes right now and no one’s even heard it yet. I think it’s kind of an anthem song that is a lot of fun and I think it’ll do really well for the album.

The interesting thing with that one is that when I moved to Nashville in late July, the album was done and I was going to deliver it to Sony, but then I moved and I started writing every other day because that’s just what you do, and we couldn’t figure out a title for this album. I wrote Tin Roof with Buddy Owens and Bruce Wallace, and I wrote Apples in the same day with those 2 guys, and we ended up replacing half the record. So that song came alive and it was the perfect album title so I’m glad you like it.

Which one is going to be the jam of the summer? Country music really needs some summer jams.

I think Breakfast Beer might be that song. It gets back to that anthem, vintage, Gord Bamford stuff that I did years ago that really isn’t on the radio right now and I think it’s coming back. I’ve never been a trend follower, sonically, we still make records that stick with the times and what radio is playing but if the sales on that song right now are any indication with nothing on the radio, it could be a song that takes off in the summer.

Where is your favourite place to perform?

I really love the small town stuff. I grew up in a small town. Our Gord Bamford Foundation is really catered to small towns as well (we’ve raised just over 2.8 million dollars now in 8 years). I enjoy those small town halls and little theatres where I can really get everybody’s attention and let them understand the type of person I am. That’s probably my favourite. Although I love to get on stage and perform either way so the big festivals are great as well; and I think one of my favourite tours was with Reba, she’s been great to me. I enjoy those small town shows the most though. We’re going to be doing a lot of that stuff over the next few years. We’re going to be going to every small town we can possibly go to, and give back to them in little ways.

What can we expect from your upcoming tour?

I’m excited to finally get out (although being an opening act has always been a great thing – for the American tours), but it’s exciting to go out and co-headline my first arena tour, and Joe (Nichols) is going to be the icing on the cake. He’s had a pile of success, I think 7 #1 singles in America and he loves country music. It’s going to be a great tour. There are some Canadians that are going to be opening the shows along the way so it’s great to help them out and I’m just looking forward to getting out and playing. I know especially in the West the economy isn’t good there but I encourage people to get out and have a little fun, the tickets are responsible, maybe get that (economy) off your mind a little bit. I’m just looking forward to getting out there to play.

Tell us about how the tour idea with Joe Nichols came together.

We were talking with Ron Sakamoto and our agent Vinny Cinquemani at Feldman because we were looking to partner with an American act that wanted to come up (to Canada). I’m also working with William Morris (Agency) in the states and they represent Joe; and he’s also manufactured and distributed through Sony Canada whom I’m with too so it was just kind of a good fit. We laid it out there to their team at Broken Bow Records and they liked the idea and then it just came together. I just met Joe about 4 weeks ago and he’s a great guy and he’s excited to come to Canada and tour. It should be a lot of fun out there.

What is your funniest moment on stage?

Oh I’ve had quite a few. We played the Dauphins Country Fest about a year ago. We had this little person (dwarf) come up on stage. He came up to my knees but he was just ripped like he worked out all the time. He was just getting into it singing songs and the crowd loved it. That might have been one of the coolest moments I’ve ever had on stage – with him enjoying the music and having fun with every body that was really neat.

Thanks for chatting with us Gord!

You can get your tickets to the Certified Country Tour here and pre-order Tin Roof on iTunes (with 4 instant downloadable tracks) here.