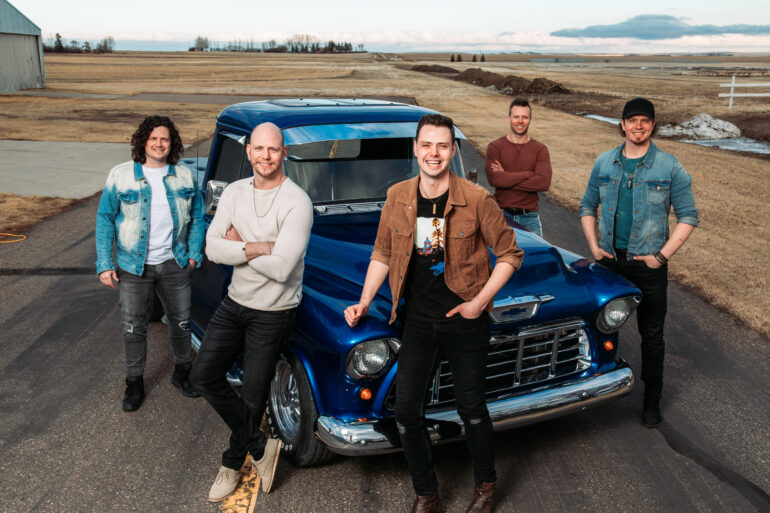 Pre-order for multi award-winning music group, Hunter Brothers’ new album, Been A Minute starts today, with a free release of the track, “Ask Her To Dance”, giving listeners a taste of what they can look forward to when their much-anticipated third studio album hits all digital platforms on June 30, and in physical retail on July 2.

“It’s ‘Been A Minute’ since we’ve played a live show. We miss performing and seeing the fans we love. We chose this as the title track of the album because it captures the season we are in right now, and tells the story of the last year,”. “We truly hope this collection of songs brings hope, joy, and light to those listening, and that it allows people to look forward to the day when we can all safely gather again and enjoy the beauty of human connection.”

Been A Minute is a compilation of Hunter Brothers’ signature harmonies and up-tempo hits which delve into the heart of the times the world is presently walking through. Five-time GRAMMY© Award nominee Hunter Hayes produced and co-wrote three tracks off the album, and was a key collaborator in the creative process of recording vocals for the record during a pandemic.

Tracks like “Hard Dirt” and “Just Wanted You to Know” speak to empathy, the challenges of life, and coming through circumstances more resilient than before, both as individuals and communities. “Captain” speaks to uncertainty while simultaneously acknowledging belief that there may be a greater picture we can’t fully see. The grat track, “Ask Her to Dance” reminds us to prioritize what’s most important in life, and not let the little moments pass us by. Songs like “Now or Never” and “Diamonds” are classic Hunter Brother tracks that thread the rest of the album together in a fun way, while “Take” spotlights the harmonies and the pursuit of relationship.

Released to radio and digital platforms on March 19, Hunter Brothers’ current single “Been A Minute” was the #1 most added single on all formats on Canadian radio the week of April 3, and is charting in the Top 30 on country radio in Canada. The concept behind the new music video for “Been A Minute” centralizes around their desire to play live shows, and getting out into the open air to play – whether it was for people or not.

Watch the “Been A Minute” music video HERE.

To connect with Hunter Brothers online:

Real life brothers, J.J., Dusty, Luke, Brock and Ty, are no strangers to hard work, perseverance and discipline. Life on a family farm wasn’t always easy, but the brothers attribute much of their success to their rural upbringing in a home dedicated to faith, music and sport. With over 42 million video & audio streams to date, Hunter Brothers have amassed a large volume of industry credibility in a record amount of time, including multiple CCMA Award nominations, JUNO Award nominations and SCMA Award wins.

Their sophomore album, State of Mind, released in 2019, remained the #1 selling country album for four consecutive weeks following its release. “Lost” (their first #1 single at country radio), “Those Were the Nights” (from their debut album Getaway) and their Top 10 smash hit “Born and Raised” have all been certified Gold in Canada. In 2020, Hunter Brothers were the #3 most played Group or Duo on country radio in Canada. Known for their energetic and entertaining live shows, the group has played major country festivals in Canada and U.S., and toured with country icon Paul Brandt.

Open Road Recordings, founded in 2003 by Ron Kitchener (RGK Entertainment), is the #1 Canadian Independent Label for 11 consecutive years, as determined by Mediabase shares. The 15-year anniversary milestone was notably marked with an impressive archive of more than 100 Top 10 hits over the years.