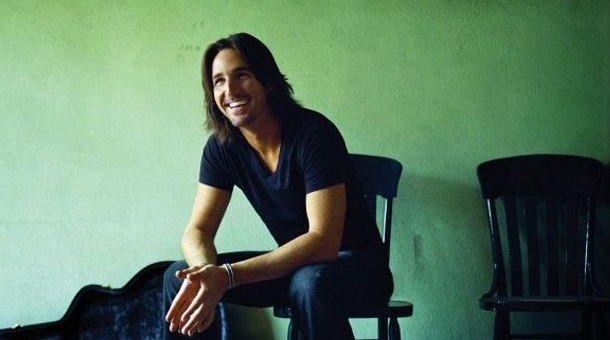 Jake Owen has been forced to cancel the rest of his January tour dates following surgery this week to mend a broken collarbone he sustained in a snowboarding accident on Friday the 13th. The country star is now at home resting. Owen’s injury took place while he was in Crested Butte, Colorado when he hit a 17 inch block of ice. He is expected to make a full recovery, but his progress during rehab will determine when he will be able to start performing again.

Owen told Storme Warren of GAC (Great American Country), “Man, it wasn’t like I was doing anything crazy. That’s why this is such a freak accident but the reality is if you’re not falling, you’re not learning.” The country singer posted this pic and others on his twitter account @Jake Owen following his wipeout.

“I’m so bummed that I have to postpone some shows but I promise you this, I’ll be back out on the road as soon as possible,” said Owen. “I probably won’t be able to hold a guitar for a while but I can still perform.”

Jake Owen is best known for his summer smash-hit ‘Barefoot Blue Jean Night.’  His new album of the same title is in stores now. Here’s the video for his latest single, ‘Alone With You.’