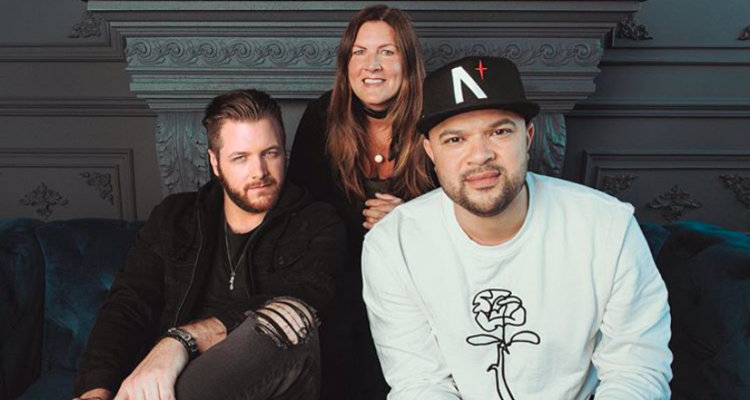 “I’m beyond excited to start this next chapter of my career in the music business with the launch of Jayward Artist Group. And the fact that I get to do it with my long-time manager and friend Jill Snell is just icing on the cake,” said Tebey. “I’ve known Jill since I was 18 years old and signed as an artist to BNA Records in Nashville and she was a record executive at BMG Canada.”

The duo each has their own successes, over the past 15 years, Tebey has grown into a true music industry renaissance man, finding success as a writer and producer for other artists. He has amassed 7 No. 1 songs as a writer in multiple countries along with a No. 1, two top 5’s, two top 10’s and four top 20 hits as an artist. His recent singles “Denim on Denim” and “Who’s Gonna Love You” have been his biggest hits to date achieving Gold status and 6 million streams and 4 million streams respectively.

The first new signing to Jayward is Quebec based country singer Matt Lang.

“This might sound cliché, but from the moment I heard Matt sing I knew Jill and I had just stumbled upon something very special. Thanks to a tip from Matt’s producer and my good friend Danick Dupelle, I flew to Montreal to watch him perform to a sold out 900 capacity club, and that was the defining moment.” said Tebey. “He’s got one of those pure country voices and we are proud Matt has decided to make Jayward his management and label home in partnership with his Quebec management team Productions PalmArés.”

Matt Lang is one of Canada’s most promising country artists with over 1.3 million Spotify plays and 2.3 million streams overall on his recent single “Love Me Some You”. His debut EP held the #1 country album sales position on iTunes for multiple cycles. Originally from Maniwaki, Quebec, he has been playing music since the age of 16 and has since positioned himself as one to watch on the country music landscape.

“I couldn’t be more excited to start this new adventure with Jayward Artist Group. I feel very lucky to have people like Jill and Tebey on board to take my career to the next level,” said Matt Lang. “It truly feels like the family is growing and I couldn’t ask for a better team.”

“The Orchard is excited to partner with Jayward Artist Group and to launch this new partnership with Tebey and Matt Lang’s forthcoming music,” said Colleen Theis, COO at The Orchard. “It’s a privilege to work with such industry veterans as Jill Snell and Tebey, and our team is eager to get started.”

“Partnering with The Orchard & Sony Music Canada just felt like the right fit,” said Tebey. “Both Jill and I have long and fruitful relationships with many people in the Sony building including Warren Copnick, Shane Carter and the great staff who make The Orchard tick. I can’t wait to launch this brand-new all-genre music company.”