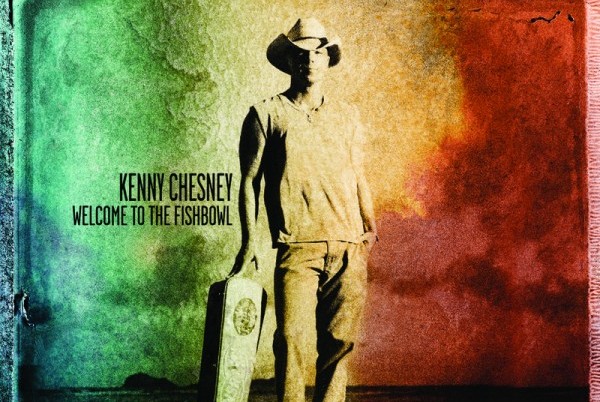 Kenny Chesney is one of country’s biggest stars, so even when he releases the title and cover art of a soon-to-be-released album it is news.  The album, due out June 19, is Welcome To The Fishbowl.  Wow, exciting stuff huh?  Actually the cover art is very cool, great design, and pretty different for a country release.  Although, yea, there is a water theme like most of his stuff. I give it a ‘thumbs up.’  You?

Kenny Chesney has revealed the title and cover art for his new album, Welcome To The Fishbowl, out June 19 on BNA Records. The news comes as Chesney gears up for the Academy of Country Music Awards on Sunday, April 1, for which he has more nominations than any artist this year. Chesney will be joined onstage for a special performance with Tim McGraw, with whom he is touring for the first time in 10 years this summer during the blockbuster, 20-stadium Brothers of the Sun Tour, with Chesney and McGraw.

The Brothers of the Sun Tour, with Chesney and McGraw, kicks off June 2 in Tampa, FL and has already sold more than 600,000 tickets. The tour will hit stadiums across the country and will also feature Grace Potter & The Nocturnals and Jake Owen.