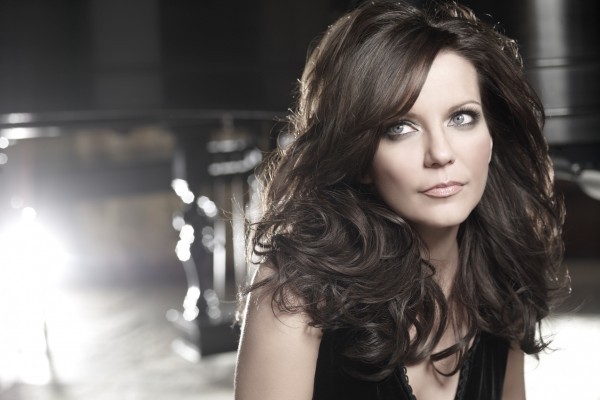 Martina, are you manipulating us?

Well it seems Martina McBride’s people really know how to seize an opportunity.

Nominated for Female Vocalist at this year’s ACM Awards, Martina released the 3rd single from her CD Eleven just this Monday – a duet with Patrick Monahan of pop rock band Train – called ‘Marry Me.’   Martina and Monahan will perform the song at the ACM’s on Sunday… while a couple gets married on stage!

Now, my first thought was cheesy publicity stunt, I gotta admit. Then I read how Martina “hand-picked” the couple – Christina Davidson and her fiancé Frank Tucci – who’ll tie the knot during Martina’s performance in Las Vegas.  The couple met in 2009 at a support group after each lost their spouses.

So my feelings then switched to “Awwwwww!  How sweet.”…

THEN, I realized the single was just released on Monday… and dropping a new single combined with a highly televised event… well, usually makes for CD sales.  Throw some teary eyed romance in there and you’ve got “CA-CHING!”  So now I feel kind of like it’s not as warm and fuzzy as dollars and cents.  Is it just me? Am I being too jaded?  Do you think this is just about sales?  Would this make you buy the CD?

I’m glad Christina and Frank found each other, but personally, I feel a little manipulated here.  Regardless, I’m sure it will be a giant sob fest come Sunday night.  Pass the Kleenex.