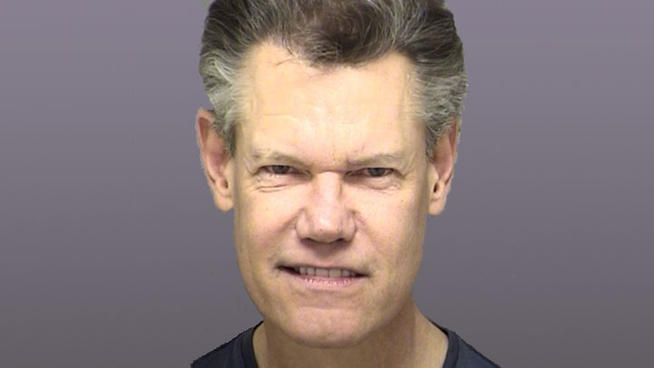 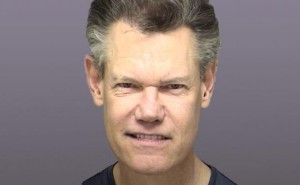 He’s had one tabloid worthy incident after another – first the arrest for public intoxication in a church parking lot after a Superbowl party, then he was hit with a lawsuit by ex-wife/ex-manager Elizabeth Travis in April.. and of course, let’s not forget his naked cigarette shopping/DUI arrest earlier this month.

NOW the latest is that not only was Randy served a misdemeanor assault charge Friday night after a fight in a church parking lot (what is with this guy with church parking lots? Apparently he should stay away as they are nothing but trouble…) but then a truck belonging to him was found abandoned and overturned in a field near Frisco, Texas on Saturday.

First, the fight. Randy was with his girlfriend, Mary Beougher, while she was picking up her son and she got into it with her ex-husband.. Randy was (according to the Travis camp) defending her after the confrontation between them got heated. Initial reports said Randy was drunk, but his people say he hadn’t even been drinking and the police report doesn’t mention alcohol.

However, the ex-husband – Dallas cosmetic dentist Dr. Ritchie Beougher claims Randy was anything but chivalrous and his lawyer released this statement:

“I am the victims attorney. Travis assaulted my client and threatened to kill him. The ‘knight in shining armor’ although wearing clothes at night this time, acted out with a violent rage. A TRO [temporary restraining order] hearing is set on Monday with an Injunction trial on Friday next week. Perhaps “the knight” can find his clothes and rest assured he will desperately need some “armor” when on the witness stand under oath.”

And the truck – Randy’s people say that he hasn’t used the truck in over 3 months and it was primarily used by farm hands.  Regardless, local police are investigating.

Seriously,  what the heck is up with Randy?  He seems to be on a serious downward spiral here.  Formerly a clean cut role model… now three arrests in 6 months?  What is going on with this guy?  Public drunkenness, fights, nakedness, rolled vehicles… this is just getting tremendously weird.  Either this guy needs an intervention or this is some seriously whacked out publicity stunts to celebrate his 25th Anniversary CD.

I know the saying is “no publicity is bad publicity”.. however, this time I have to disagree.  Mind you, this kind of melt down worked wonders for Charlie Sheen….